In the past couple of years, immersive art exhibits have emerged as the hottest new thing on the (pop) art scene. These exhibits rely on massive projections, displays, virtual reality, animations, lasers, and other photonics darlings in the entertainer's toolkit to create multisensory exhibits that reimagine the works of well-known artists, like Vincent Van Gogh.

Many people laud these immersive exhibits for making art accessible to the masses because not everyone will have the opportunity to visit the Musée d'Orsay to see Van Gogh originals. But others aren't so sure that it's a good idea to so drastically alter the original intentions of the artist via immersive exhibits.

Art critic Maya Philips wrote in the New York Times about her unsettling experience touring a virtual Van Gogh exhibit in July. "No matter how many times I toured the chambers, I had the itching sense that it was dishonest to expand a 2½ by 3-foot painting to fit the horizons of a 75,000-square-foot space," she writes. "There's a reason for the size of the original work; what the painter wanted to obscure, what parts of the world we're allowed to see, and what we're left to imagine."

Art professor C. Shaw Smith at Davidson College expressed similar concerns in an interview for the college newspaper. He talked about the impasto of Van Gogh's paintings, which refers to the three-dimensional buildup of paint in each brush stroke, which gives the viewer a sense of the human being who created the painting. In the immersive exhibit, this sense of the person is lost.

"In the original works, what you're really talking about is the hand. In [the virtual exhibit], you're talking about the eye. The immersive presentation is a way to create accessibility and the spectacle," said Smith, but "it has very little to do with the art itself."

The critics' reservations project a note of caution: Just because technology enables us to do something—like animate Van Gogh's sunflowers so that they blow in the breeze—doesn't necessarily mean we should.

This polite discussion around the can we/should we of virtual art exhibits provides a safe and low-stakes way to grapple with a high-stakes question that is mirrored in other areas of science with more heated debate. Just look to the hot topics of modern research like gene editing, facial recognition, or the uncanny valley of humanoid AI to understand the discomfort.

Fortunately, there is much less angst in the can we/should we considerations of modern photonics research for entertainment. In this issue, we screen the photonics technologies that enable our favorite games, displays, and devices, and imagine what technologies might entertain us in the future. In commemoration of the 50th anniversary of Dennis Gabor's Nobel Prize for his invention of the hologram, we look critically at the 3D displays that science fiction has promised us, and marvel at what real science has actually delivered. We discover the tricks and tips of cinema lens designers to recreate the softness and distortion that was lost with the advent of ultracrisp digital imaging. And we learn about microLEDs, which hold promise for AR/VR, and may soon find their way into the smartwatch on your wrist.

Optics and photonics research can continue to create novel lenses, displays, and lighting that cater endlessly to our ever-evolving entertainment needs. What will we do when we reach some critical boundary where it must be asked, "Should we?" 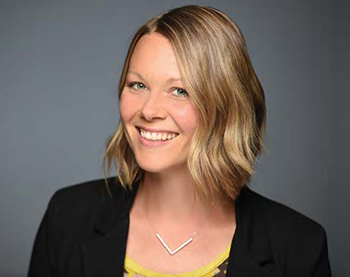