The SPIE Maria J. Yzuel Educator Award recognizes outstanding contributions to optics education by an SPIE instructor or an educator in the field
11 January 2022
Community

Dr. Michael Curley, right, fixing a post in an experimental arrangement for recording gratings, with Dr. Rajpal Sirohi, his colleague in the physics department of Alabama A&M University, looking on.

Rajpal Sirohi has been working in optics since 1965. Currently a professor at Alabama A&M University, Sirohi began his career as a scientific officer at the Indian Institute of Science and was responsible for building several interferometers including the Mach-Zehnder Interferometer and the Jamin Interferometer for use in the institute's various departments. At the Indian Institute of Technology, he established the Applied Optics Laboratory (AOL) — as well as an SPIE Student Chapter — going on to supervise 25 PhD students including Chandra S. Vikram, namesake of the SPIE Chandra S. Vikram Award in Optical Metrology. During that time, the two published a dozen papers together on topics such as phase amplification using phase holograms, exposure reduction, and effect of non‐linearities on hologram efficiency. As well as producing innovative work in optical metrology — including establishing the theoretical basis of holographic and speckle interferometry and its application to nondestructive testing — Sirohi is a noted and admired educator in that field. His 2015 book Introduction to Optical Metrology, offers a comprehensive knowledge on practical optical metrology, from basic to advanced, suitable as a student textbook as well as for professional scientists and engineers. He's also taught a wide range of courses — on topics such as lasers and their applications, applied optics, and optical metrology — across industry and academia.

Sirohi, an SPIE Member for more than two decades is also the recipient of the 2009 SPIE Dennis Gabor Award in Diffractive Optics and the 2014 Chandra S. Vikram Award in Optical Metrology. In addition, he has served as an Optical Engineering editorial board member and has edited multiple volumes in the SPIE Milestone Series. He has been presenting his research at SPIE conferences since 1991.

"Professor Sirohi's remarkable career leading research advances and numerous education activities in the areas of applied optics, laser technology, and optical metrology speaks for itself," says SPIE Fellow Michael Eismann, Chief Scientist at the Air Force Research Lab. "His teaching abilities in these fields are both extensive and impressive. In addition to longstanding excellence in a university environment, he has uniquely extended his education impact into both industry and the professional society setting. I closely interacted with Professor Sirohi from a professional perspective primarily through our joint involvement on the editorial board for Optical Engineering. He was already on the board when I joined well over a decade ago as he has served the journal for over 20 years, including as a longtime senior editor. The senior editor maintains significant responsibility for their journal section, recruiting and guiding associate editors, soliciting review papers and materials, and overseeing manuscript decisions. Professor Sirohi set the standard for that role, elevating his educational impact into the realm of professional development of his scientific peer community by recruiting and molding numerous new associate editors to maintain the tradition of scholarly journals. I have always been impressed with this deep scientific knowledge, his proficiency in always getting the job done, and his remarkable ability to groom his students and peers to make positive contributions of their own. In my mind, those are the key indicators of an outstanding educator dedicated to lifelong learning." 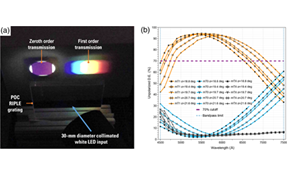 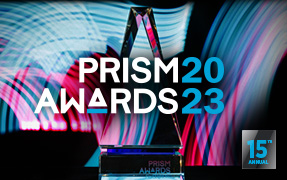 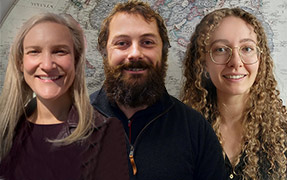