Andrew Forbes of University of Witwatersrand on photonics, globe-crossing collaborations, and the pleasures of mentorship.

Andrew Forbes and his team at University of the Witwatersrand, Johannesburg.

For Andrew Forbes, an empowering, collaborative approach is key and, as a professor at South Africa's University of Witwatersrand and head of its Structured Light Lab, he embraces his mentorship responsibilities with gusto. "I have a very old-school view of what it means to train somebody and put them into the system, whether that's in industry or academics," says the SPIE Fellow during a Skype interview. "I try to place them to do well in the future. I want them to look back and say, ‘Oh, that was a wonderful time,' and keep working with us. I'm very cognizant of how competitive the science world is, what sort of track record you need to have to get your foot in the door, so I love the fact that our collaborations and exchanges of students with other labs open up networking possibilities."

In fact, working with other principal investigators to bring students across the world together to collaborate on projects, is a critical element for Forbes, who usually has a team of about 12 students working with him. "For me, it is the most important factor in our success," Forbes affirms as his dog snores gently in the background. "There's no doubt about it. I allocate a lot of energy and a lot of money to that; I go to great lengths to send our students out. Today, three of my students returned from different regions of the planet - Isaac was in China, Bienvenu was in Glasgow, Nicholas was in Canada - and we just had students here from MIT, Toronto, and Germany. This cross-pollination of ideas - for our students to see how other groups work and how other students interact with our group - I think everybody gains tremendously. It also brings up their confidence; if you're confident, then you can do anything." And, as he notes, early collaborations often lead to larger ones: Forbes works with researchers who originally visited his lab as students and now have groups of their own. "It's fantastic," he says. "That's really the most important thing in science: collaboration." 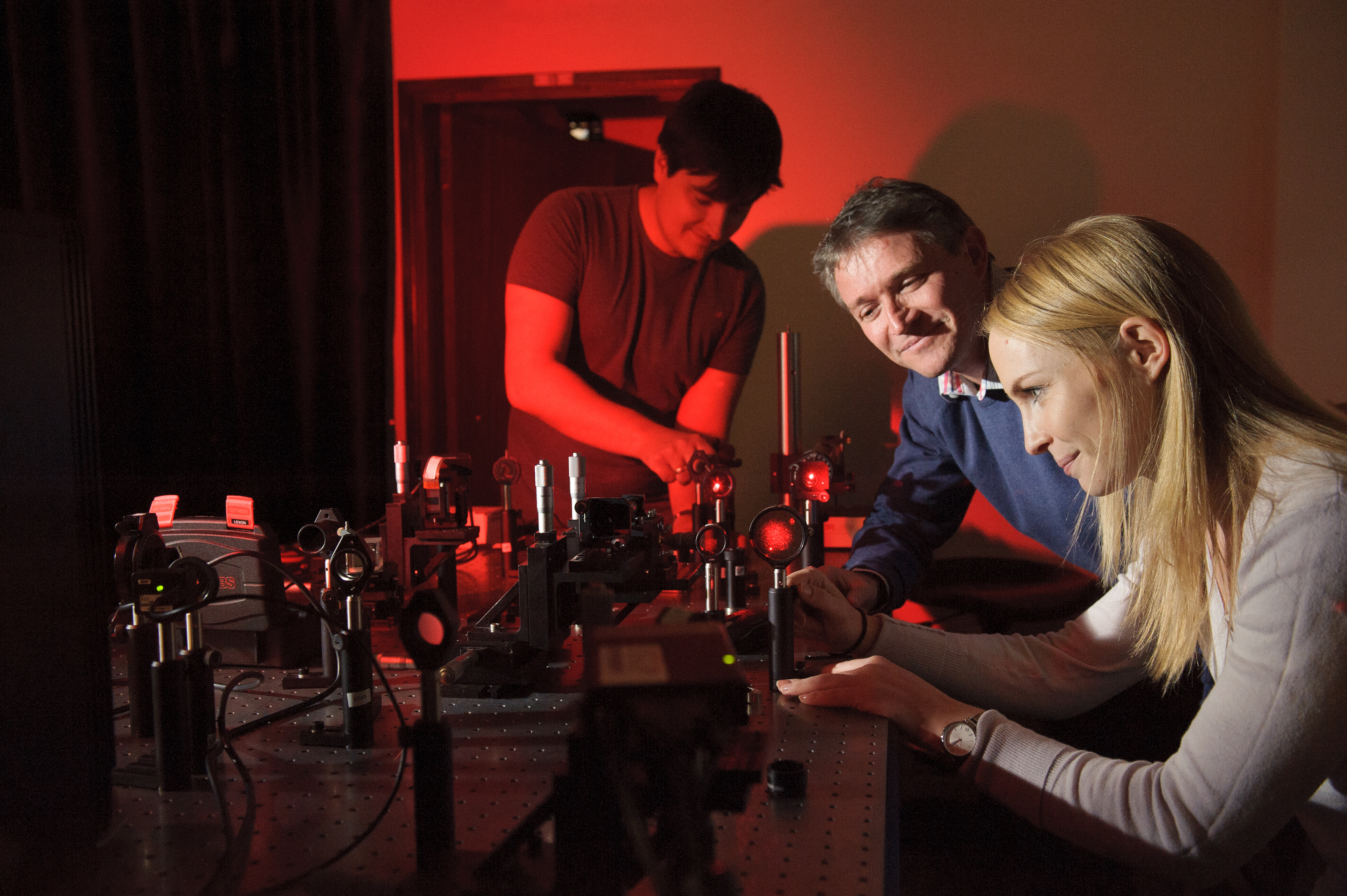 Forbes, who will be presenting at SPIE Photonics West 2019 on "Characterizing partially coherent optical fields" and "Quantum-like correlations with classical light," and who has chaired SPIE's Laser Beam Shaping conference since 2008, found early collaborative success as a freshly-minted PhD. After studying Physics at the University of KwaZulu-Natal, Forbes worked on laser-based processing at South Africa's Atomic Energy Corporation while completing his doctorate in lasers and optics. "That was a government project but it had external investors who were interested in trying to enrich uranium," he says. "So it had half a government aspect, half an investor aspect to it." When the investors killed the program, Forbes says, "that was quite a turning point in my life. I was just completing my graduate studies and a number of us were offered the opportunity to set up the same program in Australia, but I and some of my friends decided to start a company in South Africa instead. So that's how I got into the industry side of things."

Being part of a start-up was exciting - and eye-opening. As part of an energetic collective, Forbes played a part in every company role from technical director, webmaster, and engineer, to secretary and janitor. "It was extremely stressful," he says, looking extremely unstressed. "I mean, there were many, many times where we wouldn't pay ourselves salaries in order to pay the staff, but ultimately it was very rewarding." The company, which supplied laser systems to Lockheed Martin, BAE Systems, and NASA - among others - was bought by integrated-photonics company PAR Systems. By then, Forbes was ready to return to the research fold, joining South Africa's burgeoning National Laser Centre at the Council for Scientific and Industrial Research (CSIR): "I had been to England's Rutherford Laboratories. They run a laser-loan program for English and Scottish universities, and I thought that was a great idea. So when the South African government was starting a new National Laser Centre I said, ‘Why don't we do the same thing? We've got lots of lasers from the Atomic Energy Corporation; why don't we loan them out to our universities and get photonics going in the country?' And they said, ‘Oh, that's not a bad idea.' And roughly around the same time that we sold the company, the Centre decided to run that program." He grins. "It was perfect timing." 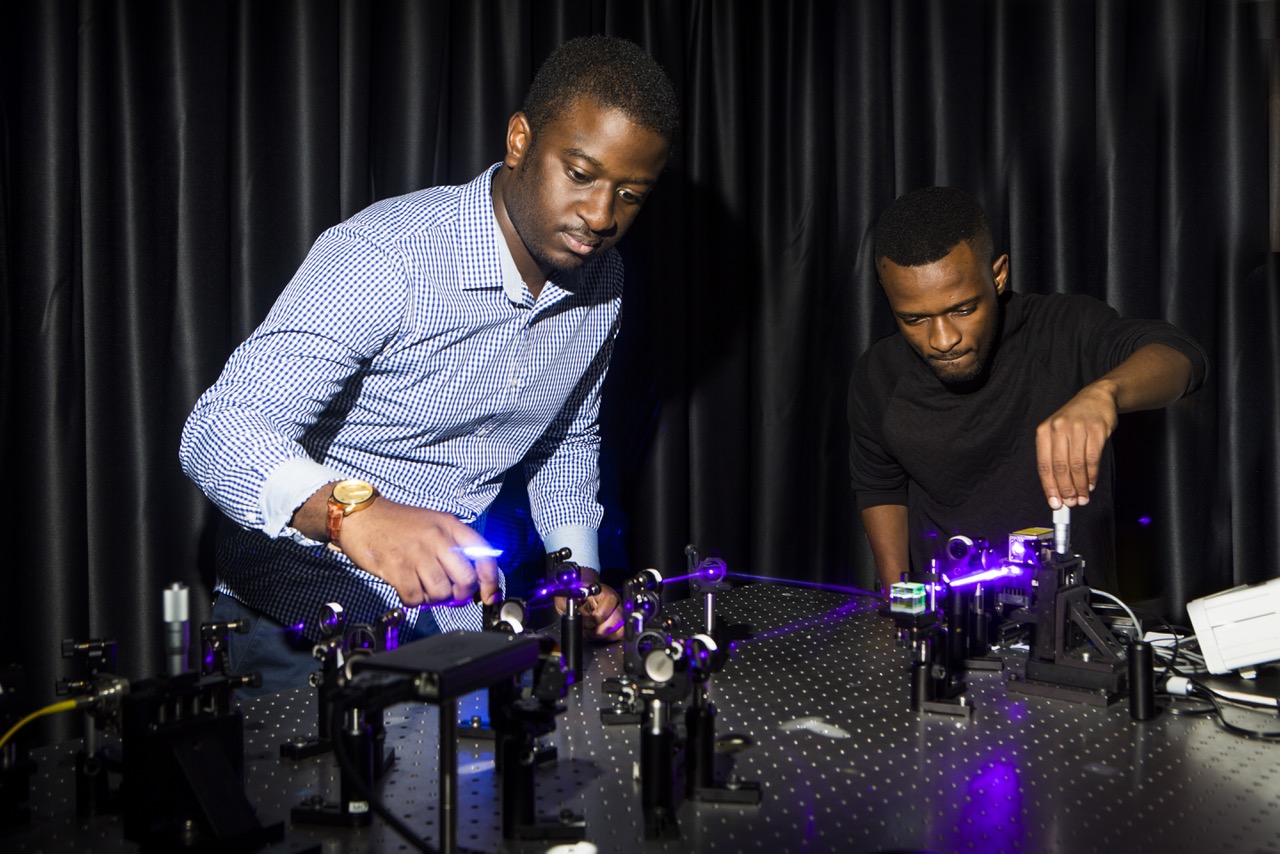 After a decade at CSIR, Forbes found new footing at Witwatersrand, establishing his Structured Light Lab where he has continued both his innovative professional work and his commitment to mentoring the next photonics-obsessed generations. "We are currently working on three exciting projects," he says, "We're doing some really cool imaging work, taking our quantum technology and applying it to light-sensitive materials like biological samples. We're very excited about quantum imaging controlling single photons - that work promises fantastic advances in medical diagnostics, for example. Our work with Harvard's Federico Capasso is also progressing beautifully, discovering what is possible by combining structured light with structured material: so you take the structured nano-material world that he works with and the structured light that we focus on, you bring them together, and suddenly you can do amazing things inside lasers and you can do them at a very high powers. This could have terrific industrial applications: the ability to tailor light at high power has the potential to optimize metals-processing fields. We've been working on digital holography for about a decade, looking at ways to detect light in a very robust and efficient manner. We've just got a grant from the Department of Trade and Industry to do a prototype of a product over the next two years and spin out a company, so that's our next industrial focus."

"Focus" is the key word here as, as part of the grant application, Forbes has promised to show off any fledgling products at a South African booth at Photonics West in 2021. "That's a hard line in the sand," he nods, looking remarkably relaxed. "But we can do it. It would be a laser diagnostic, first for the photonics market itself, for the people who use and build lasers. Later we can take it into non-photonics markets, which are of course much bigger."

With his own work and working with others, he pushes to see the state of photonics in Africa continue to grow. It's challenging, he says, to convince governments to invest in the industry, but there's a strong positive, future-focused side: "We see that young people are very excited; they're aware of light and lasers and photonics-based technologies. We have amazing reception when we go to schools and universities, and we see students coming through the educational system as a result of that. Ten years ago there were a handful of optics-focused research groups in the country with maybe 10 or 15 students, and now there's more like 50 groups in the country with around 200 students. We're still very, very, very small by world standards, but we've seen a massive growth, so I'm optimistic. I don't think there's anything wrong with the quality of science in Africa, I think the problem is we just don't have enough of it. So the top science work is as good as anywhere else, but we just don't have critical mass: I believe that that can be changed by human capital, by people. And Africa's got a wonderful, vibrant youth and we have to get them engaged with where the world is moving. In the sciences, I believe that direction is photonics." 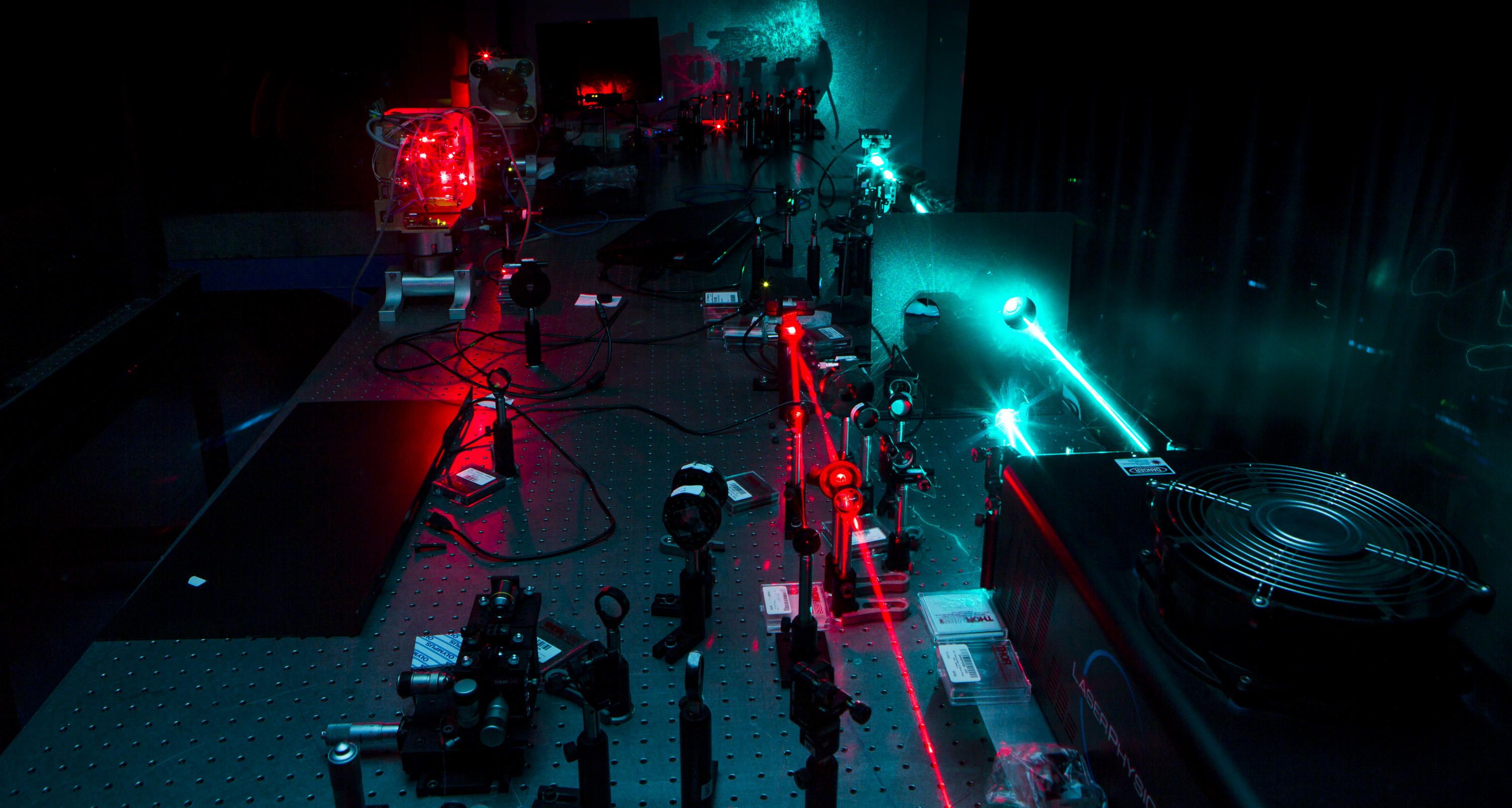 One of the classical communication experiments in process in Andrew Forbes' Structured Light Lab at University of the Witwatersrand, Johannesburg.

He does an impressive job of acting on his words: aside from his mentorships, he's active as an editorial board member, conference committee member, journal reviewer, and reviewer for funding agencies. Often people think of research scientists as tucked away in their lab, but Forbes flies in the face of that stereotype, inspired by the soul of the photonics community. "I always think that you should give more than you take, and I try to instill that in the students," says Forbes. "Whenever I talk to undergraduate students, to convince them to do photonics rather than astronomy or string theory, I always tell them that there's something quite unique about our community: firstly, it's very closely-knit. Secondly, we have fantastic societies. I mean, take SPIE, for example: it's quite extraordinary what gets done by people coming together just for the good of the community. The fact that we've got great journals and great conferences and international years of light that societies helped to drive - the value of that is not lost on me. So I do my little bit and many, many people do their little bits and together we have a community where we can stand up and say, ‘Come! Come join us! Look at how fantastic this all is!' You know, the SPIE student leadership at [SPIE Optics + Photonics in] San Diego is amazing: the students came back absolutely enthused to go into photonics. And so everybody does their little bits and that's why I keep on doing mine: because I think it's a fantastic community."

Has optics finally found its rightful place in physics curriculum in universities of Eastern Africa?