Excerpt from Field Guide to Spectroscopy

A spectrometer is any instrument used to probe a property of light as a function of its portion of the electromagnetic spectrum, typically its wavelength, frequency, or energy. The property being measured is usually intensity of light, but other variables like polarization can also be measured. Technically, a spectrometer can function over any range of light, but most operate in a particular region of the electromagnetic spectrum.

A spectrograph is an instrument that separates incoming light by its wavelength or frequency and records the resulting spectrum in some kind of multichannel detector, like a photographic plate. Many astronomical observations use telescopes as, essentially, spectrographs. 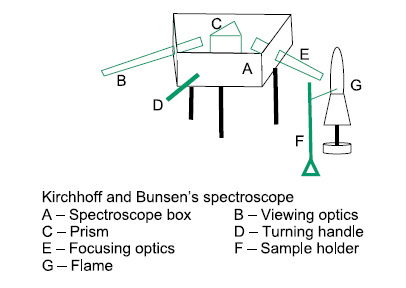