Portable biophotonics technology is now able to monitor vital signs in synchronized swimmers and free divers – and has even shown how seals control blood flow in advance of long dives.
13 February 2020
By Mike Hatcher
Events, Technology

A team from the University of St. Andrews and Artinis Medical Systems attached an adapted version of the company’s “PortaLite” NIRS sensor to harbor seals, finding that the aquatic mammals are able to use cognitive control to re-distribute blood around their bodies shortly before diving below the water for long periods. Copyright: Jessica Kendall-Bar.

Portable biophotonics technology is now able to monitor vital signs in synchronized swimmers and free divers — and has even shown how seals control blood flow in advance of long dives.

Have you done your ten thousand steps yet? Well if you've been traipsing around the Moscone Center today, the answer to that question is almost certainly "yes." By now most of us are familiar with wearable health monitors — most obviously the watches and wristbands from household brands like Apple, Garmin, and Fitbit that record your heart rate, daily steps, and more.

The photonics technology in those products is pretty basic, typically limited to some green LEDs to track your pulse, and maybe some red or near-infrared emitters to measure blood oxygen saturation. But biophotonics has the potential to do much more than that, and a brand-new conference within this year's BiOS Symposium is dedicated to advancing the utility of photonics-based health monitoring. The inaugural *Biophotonics in Exercise Science, Sports Medicine, Health Monitoring Technologies, and Wearables conference took place over six sessions on Saturday and Sunday morning, covering topics ranging from diabetes monitoring to quadricep muscle oxygenation dynamics in trained cyclists.

Many of the applications presented in San Francisco this weekend are based on near-infrared spectroscopy (NIRS). The technique generally relies on a pair of near-infrared emitters at different NIR wavelengths, to monitor levels of oxyhemoglobin and deoxyhemoglobin. Unlike the basic pulse oximeters found in most wearables, the more sophisticated approach is able to measure oxygen saturation in a specific muscle, or potentially any tissue type — including the brain, other vital organs, and even bones.

Critically, NIRS yields the ratio of oxygenated blood to total blood in the target tissue. This figure is known as the "tissue saturation index," and quoted as a percentage. Measurable in real time, in simple terms it tells us how much oxygen is in the tissue under test.

In recent years several companies have sprung up to sell NIRS-based oximeters, initially with benchtop equipment aimed at research laboratories. But that technology is now being shrunk into wearable form factors, and aimed largely at applications in sports science. One company that sells both types of equipment is Artinis Medical Systems, based in The Netherlands. It was co-founded over 15 years ago by Willy Colier, a member of the program committee overseeing the new BiOS conference. Wout Kregting is the firm's product manager for wearables, and during his five years with the company has seen it grow from just seven employees to around 40.

"A decade ago we only had basic devices; now have intelligent systems capable of multi-channel measurements," he says, adding that as well as selling systems to university hospitals and research groups, Artinis is increasingly targeting the biomedical sector, and looking to extend its wearables product line into the commercial arena. 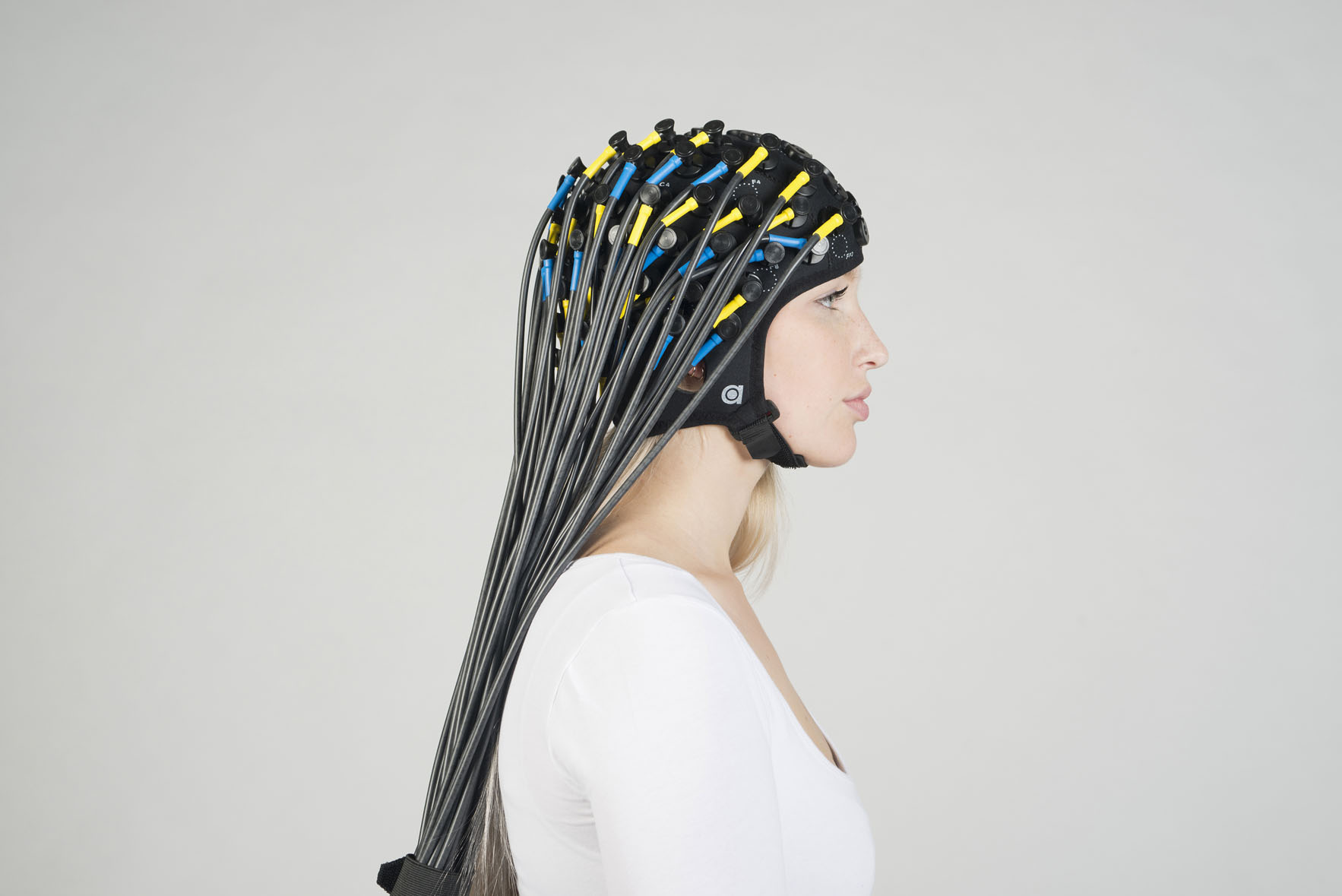 Seals and swimmers
Something that owners of wearable monitors will be all too familiar with is that most current products work a lot better on dry land than when they get wet. That's partly because of the way that light is scattered and absorbed by water, making oximetry measurements a lot less reliable in the water. But in the past few years Artinis has found ways to adapt its technology for aquatic applications — first in swimmers, and more recently in free divers and even seals.

Back in 2014, a team led by Chris Cooper from the University of Essex in the UK used a waterproofed "PortaMon" device from Artinis to track changes in muscle oxygenation in swimmers. A similar approach was then applied to Olympian synchronized swimmers, including the multiple gold-winning Russian pairing of Natalia Ishchenko and Svetlana Romashina.

Kregting says that the results of those studies were remarkable, opening up a whole new level of understanding about changes in blood oxygenation and specific muscles when humans are under the water and holding their breath. More specifically, they suggest that the athletes' spleens play a crucial role in providing a kind of "reserve tank" of oxygenated blood that can flow into the brain. In the case of Ishchenko, whose performances showed an incredible awareness of the movements of her partner Romashina, her spleen was shown to change in size by almost 60% — giving her a significantly larger oxygen reserves than all the other competitors.

After synchronized swimmers, Artinis' technology was applied to another group of mammals known for an extraordinary ability to hold their breath while diving — seals. Carried out in collaboration with a University of St Andrews team led by Chris McKnight, these experiments found that — unlike the synchronized swimmers — the seals do not rely on the same spleen effect.

But perhaps even more remarkably, it appears that seals have developed the ability to prepare for a long dive by using cognitive control to increase the volume of blood in their brains around 15 seconds before each submersion. Then, during the dive, they are able to further increase brain blood oxygenation. We know this because the researchers were able to adapt a "PortaLite mini" device from Artinis, and fix it to the slippery skin of the four seals to monitor blood characteristics in their blubber and brains.

Counter-intuitively, the skull does not present any great obstacle to accessing brain tissue. "Since near infrared light is mainly absorbed by blood, and the skull does not contain much blood, the skull is relatively transparent in the near infrared range," explains Mathjis Bronkhorst, a project leader at Artinis who worked on the seal project. "In practice, it is no problem to measure through the skull. [Although] on the head it is sometimes necessary to move hair out of the way, since hair absorbs near-infrared light."

Currently accepted theory dictates that NIRS yields a maximum penetration depth of approximately half the distance between the receiver and the transmitter element of the oximeter's optodes. In the seal monitoring experiments the team used three different distances, accessing a maximum depth of approximately two centimeters. "This is enough to reach the neocortex or the outer layers of the brain of the seals," said Bronkhorst, adding that employing a three-channel optode design allowed them to apply spatially resolved spectroscopy. "In this way we can measure the oxyhemoglobin and deoxyhemoglobin ratio in living tissue."

"The success of NIRS in such an extreme environment highlights its potential for observing physiological processes in real-world contexts in the wild and in aquatic environments," concluded McKnight and colleagues in their paper on the work, published in June 2019.

Healthier aging
While the utility of wearables in sports science is clear, it's important to note that the technologies under discussion in the Moscone this week are not just for elite athletes or the middle-aged-man-in-lycra brigade. With an aging population, there is a desire to extend not just our sheer life spans, but the amount of that time we spend in good health. Biophotonics-based monitoring may have the potential to help spot the early signs of cardiovascular disease and osteoporosis, and could even give us a better understanding of the relationship between blood oxygenation in the brain and the effects of dementia.

Luke Harris is an associate professor in the School of Health Sciences at the University of Northern British Columbia in Canada. His team is presenting four papers on NIRS applications at BiOS, with a focus on developments ultimately aimed at increasing the "health span." 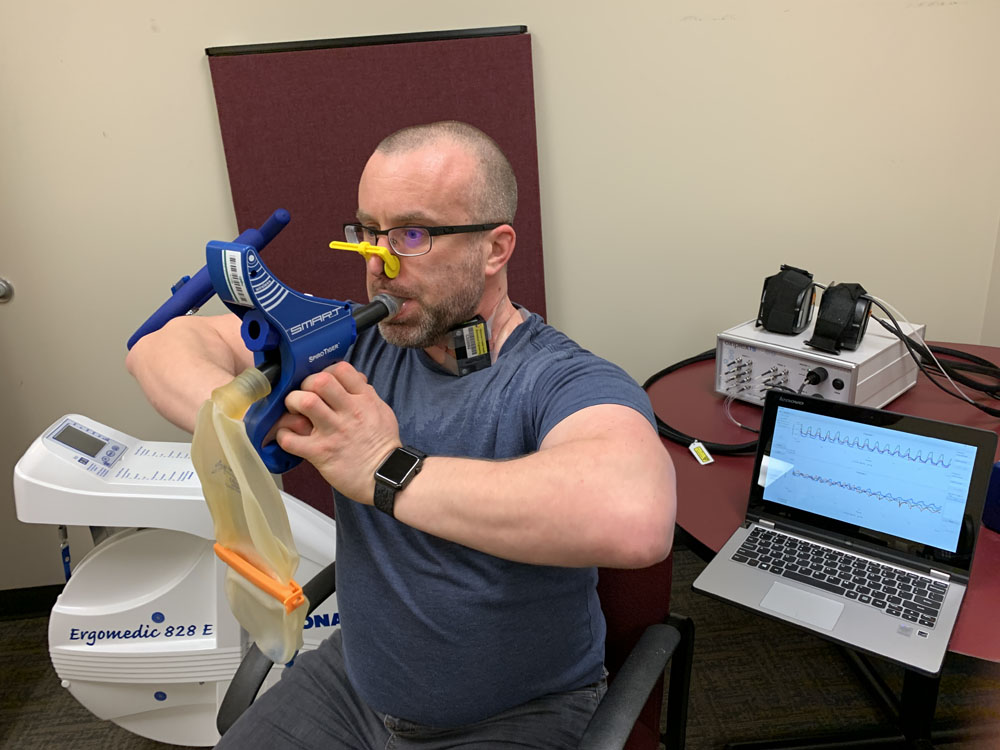 One of those studies looked for any effects that respiratory endurance training had on blood oxygenation in the brain. And it seems to have produced some intriguing results. As Harris explains, subjects in the study had their brain hemodynamics tested one month apart — before and after a training program designed to strengthen the muscles used in respiration.

The tests, which took the subjects to exhaustion, showed only a small improvement in respiratory performance after the month of training. However, the subjects' own perception at the end of the training period was that they were now able to complete the test more easily. Now, here's the interesting part: NIRS results showed that before the training program subjects' blood volume was much higher in the left side of the pre-frontal cortex. But after the month of respiratory muscle training, it was blood in the right pre-frontal cortex that became dominant.

"It appears that the difference is in the brain's perception of how hard the body is working, and that a switch from the left to right cortex [in terms of brain blood volume] is connected," Harris observes. Other studies from the Harris group being presented this week looked at the effects of moderate exercise on cognitive function; optimizing the doses of botulinum toxin used to treat muscle stiffness in stroke patients; and the ability of NIRS to probe blood perfusion in bones — all of which may end up helping us age more healthily.

Harris says he was inspired to work in the field in part by the exploits of Rick Hansen, the Canadian Paralympian whose foundation is at the forefront of researching treatments for spinal cord injuries. And he sees Babak Shadgan, co-chair of the new BiOS conference alongside Amir Gandjbakhche, as one of the pioneers in the field.

Credibility
While the potential of NIRS is clear, and its applicability is growing as more wearable versions of the technology emerge, there still seems to be something of a credibility problem. Considering that the technique was first reported more than forty years ago, that seems surprising. Part of the issue, says Harris, is that compared with, say, magnetic resonance imaging, NIRS is a difficult technique for physiologists to identify with. A lack of standardization has also made NIRS validation more of a challenge. Harris believes that the new BiOS conference is unique in its aim to bring together optics specialists and physiologists under the same roof — and that, with time, it ought to help improve that credibility. Bronkhorst has some ideas about how photonics technology development might help advance wearable health monitoring. "The challenge in our field is that light dissipates approximately a factor of ten with every half-centimeter of measuring depth," he explained. In theory, this can be addressed by deploying either a higher optical output power or a more sensitive detector. But in reality there are practical limitations associated with LEDs.

Vertical-cavity surface-emitting lasers (VCSELs) could offer a new option here. "VCSELs have a narrow-wavelength spectrum and arrays can increase the amount of receiver-transmitter combination that can created," Bronkhorst told Show Daily.

He says that any technique that increases optical power without increasing the surface temperature of the LED or VCSEL emitter would improve measurement depth. "This can also be applied on the receiver side, where a photodiode with an increased sensitivity and low noise in the range of 700-900 nm would be greatly beneficial for the wearable NIRS field," he added. "Another interesting development is small-package LEDs with multiple wavelengths. In our case 760 and 850 nm are used, but additional wavelengths allow the measurement of extra chromophores."

Mike Hatcher is editor of optics.org. This article was originally published in the 2020 SPIE Photonics West Show Daily. 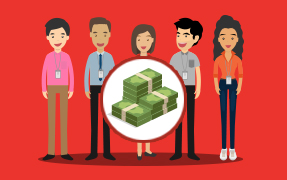 Early Career Professional salaries in optics and photonics: How much do they earn, and what inspires them? 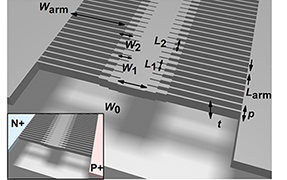 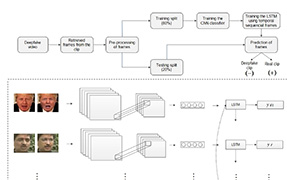