Two final rules and one proposed rule were published in the Federal Register by the U.S. Department of Commerce
28 April 2020
by Jennifer O'Bryan
Community

On 28 April 2020, two final rules and one proposed rule were published in the Federal Register by the U.S. Department of Commerce's Bureau of Industry and Security (BIS). The changes in the two final rules will have an impact on anyone exporting a controlled item utilizing a license exception to specific countries, which notably includes China.

Removal of CIV License Exception
Among the changes made, was removal of the civil end-user (CIV) license exception to country Group D:1, which notably includes both China and Russia. The CIV license exception authorizes the unlicensed export of a number of items controlled for "national security" (NS) reasons if the item is going to a civilian end-use and user. The cited reason for the change made by BIS is "due to the increasing integration of civilian and military technology development in these countries of concern."

This is a final rule that will go into effect on 29 June 2020. Moving forward, exporters previously utilizing the CIV license exception to export items will need to get a license for those items prior to export.

Restriction of Military End-user Exports to China
Another change made by the Department of Commerce today was to add license requirements for exports going to "military end-users" in China. Prior to this change, regulation 744.21 applied a license requirement for items going to either a "military end-use or user" for Russia and Venezuela, but only "military end-use" required a license to export to China. The reason given for this regulatory change by the Department of Commerce is: "China and Russia challenge American power, influence, and interests, attempting to erode American security and prosperity."

Exporters could find this change particularly difficult, in part because of the definition of "military end-user." The definition as written in regulation includes, "the national armed services (army, navy, marine, air force, or coast guard), as well as the national guard and national police, government intelligence or reconnaissance organizations, or any person or entity whose actions or functions are intended to support ‘military end-uses.'"

Industry has highlighted for some time how broad this definition is, making compliance difficult. Not only does the recent final rule solidify that no changes will be made to the "military end-user" definition, but it also expands the definition of "military end-use." As stated in the published final rule, the definition of military end-use is expanded "beyond any item for the ‘use,' ‘development,' or ‘production' to include any item that supports or contributes to the operation, installation, maintenance, repair, overhaul, refurbishing, ‘development,' or ‘production,' of military items."

The rule also adds a presumption of denial for license applications submitted under this section of regulation. Finally, the rule change adds Electronic Export Information (EEI) filing requirements in the Automated Export System (AES) for all exports to China, Russia, or Venezuela. Previously exports below the threshold of $2,500 were exempted from this requirement if they were controlled for only anti-terrorism reasons.

Proposed changes to APR License Exception
Additionally, a proposed rule with a 60-day comment period was published in the Federal Register related to License Exception Additional Permissive Reexports (APR). The stated reason for this proposed change from the Department of Commerce is "evidence of differences in licensing review standards for national-security controlled items destined to Country Group D:1."

Essentially BIS expresses skepticism that certain countries (A:1 countries, including Hong Kong) are properly handling reexport of items of U.S. origin. As a solution to this concern, BIS is proposing a license requirement for reexport to D:1 countries.

DOC admits they do not have a way to track how often the APR license exemption is used or in turn, the full impact this change would have on the exporting community. BIS is asking the public to help provide this information as part of the comment period for this proposed rule. The comment period extends until 29 June 2020 at midnight, Eastern time.

SPIE is gathering feedback from the optics and photonics community on the impact of all three of these changes, both final and proposed. If you would like to provide comment, please email SPIE Government Affairs Director, Jennifer O'Bryan at JenniferO@spie.org.

A complete list of the Country Groups A-E is listed here.

Jennifer O'Bryan will provide a short presentation and additional commentary on this issue on Thursday, 30 April, as part of the DCS Digital Forum. 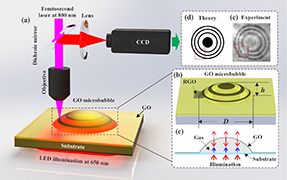