On 11 August, NASA announced that TESS has finished its primary mission of imaging 75 percent of the starry sky. During this two-year period, TESS located 66 new exoplanets, or worlds beyond our solar system, and around 2,100 candidates that are still being confirmed.

One of the mission's newest planetary discoveries is its first Earth-size world, named TOI 700 d - located in the habitable zone of its star - meaning the range of distances where conditions might be right for liquid water to be on the surface. The satellite also found a "newly minted" planet around the relatively young star AU Microscopii and a Neptune-size world orbiting two suns. 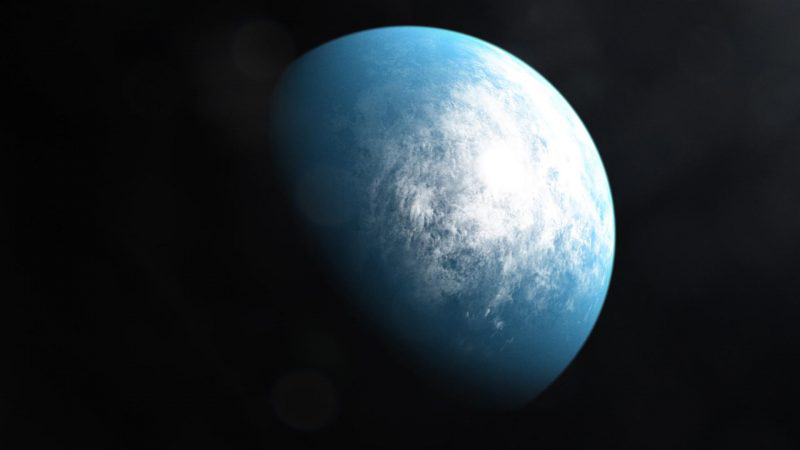 Artist's concept of TOI 700 d, the first Earth-sized exoplanet that TESS found in the habitable zone of its star. This planetary system is 100 light years away in the constellation Dorado. Credit: Goddard Space Flight Center/Wikipedia.

In addition to planetary discoveries, TESS has observed the outburst of a comet in our solar system, as well as numerous exploding stars. The satellite discovered surprise eclipses in a well-known binary star system, solved a mystery involving a class of pulsating stars, and explored a world experiencing star-modulated seasons. One of the highlights of the a mission that's seen many highlights was to bear witness to a black hole in a distant galaxy shredding a Sun-like star.

The TESS team has introduced improvements so the satellite is now collecting data faster and more efficiently than it did during its primary mission. The cameras are capturing a full image every 10 minutes, three times faster than it could before. The brightness of thousands of stars can now be measured every 20 seconds. These faster measurements allow TESS to better resolve brightness changes caused by stellar oscillations and capture explosive flares from active stars in greater detail.

TESS is now entering its extended mission phase - slated to continue until September 2022. For the next year, the satellite will observe the southern sky, then will return to surveying the northern sky for 15 months. Those surveys will include observations along the ecliptic - the plane of Earth's orbit around the sun - something TESS has not yet imaged.