Designing robot swarms that are predictable, controllable - and don’t crash into each other
20 June 2019
By Karen Thomas
Events, Technology

The term swarm engineering describes the design of predictable, controllable robot swarms with well-defined goals and the ability to function under certain conditions.

Although swarm engineering has been around for several years, there's still no reliable way to direct the behaviors of individual drones that will guarantee the behavior of an entire swarm of drones.

In the opening remarks of, "DSOARS: a swarm engineering and verification environment," at SPIE Defense + Commercial Sensing, presenter John Sauter noted that his company, SoarTech, was working on the problem of scheduling and controlling autonomous job-shop systems 30 years ago.

"We were having difficulty because they're very dynamic systems," said Sauter, a program manager for SoarTech. "You can create an optimal plan, but as soon as it goes out to the factory floor, things start happening and everything changes. So, we needed something very dynamic, something that could adjust on the fly, quickly and rapidly to the conditions it was experiencing in the environment."

As an example, Sauter gave the "wolf-moose problem," a popular challenge at artificial-intelligence conferences. "It's basically a predator-prey problem," said Sauter. "Wolves hunt moose in packs' usually finding the weakest or the slowest moose and isolating it from the herd. They need to be able to track that moose as it's maneuvering by weaving around and changing their trajectories.

"This planning problem was solved with some very simple systems and rules," said Sauter. Wolves move towards the moose and move away from other wolves. As they get closer to one another and closer to the moose, they naturally form a circle and surround the moose, and not running into each other."What we've been trying to do over the years is figure out, how do you replicate that? How do you go about creating algorithms like that, that can solve really hard problems using some very simple rules?"

Robotic swarms could be highly effective over an extensive battlefield, adding to the efficiency of a manned force. Swarms could bring unique benefits and challenges to a combat zone. Knowing how to leverage those benefits while overcoming the challenges is key to the successful development and deployment of swarm tactics.

Sauter believes we are on the cusp of a major change in warfare as we know it. This change is not going to come from AI or from autonomous systems. While those are important tools, the real change is going to come when swarms arrive on the battlefield — as long as they don't crash into each other. 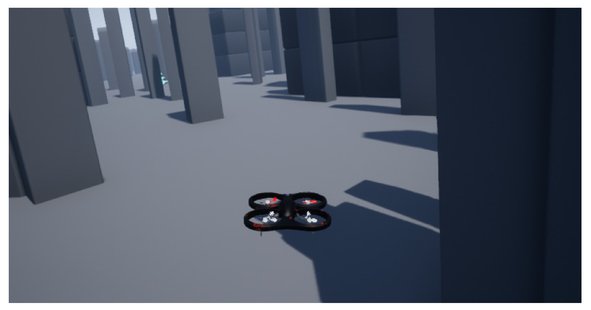 Navigation and collision avoidance with human augmented supervisory training and fine tuning via reinforcement learning
The Unreal Engine and the Airsim plugin are used to train a quadcopter agent in an abstract "blocks world" type environment.

Experiments with sensorimotor games in dynamic human/machine interaction
Since humans and machines have imperfect information about each other and their environment, a natural model for their interaction is a game.