Dr. Christine Hendon uses OCT to detect changes in cardiac tissue structure and hopes it will one day be used to assist surgeons
17 June 2019
By Gwen Weerts
Technology

Somewhere between 2.7 and 6.1 million people in the US have atrial fibrillation, according to the Centers for Disease Control and Prevention. Atrial fibrillation—or AFib—causes uncomfortable symptoms for the sufferer, like chest pain, an irregular rapid heartbeat, and shortness of breath. As if those symptoms aren't worrisome enough, people with AFib are five times more likely to have a stroke, making cardiac arrhythmias a major source of morbidity.

In a normal heart, electrical impulses are conducted through myocardial tissue, and these involuntary impulses keep the heart beating regularly. The electrical impulse conducts best in homogeneous tissue. Irregularities, like fat within the muscle, thickened walls, deviations in myofiber orientation, and scar tissue, can all impact how the electrical signal propagates. Those abnormalities don't conduct the electrical signal, so it has to find another way to get around them. That deviated path produces the arrhythmia.

Since the 1990s, radio frequency ablation (RFA) has been the standard treatment for AFib. During RFA therapy, a guided catheter delivers RF energy to the area that's generating the bad signal, which creates a small area of dead tissue that stops the abnormal electrical propagation.

Unfortunately, the procedure has just a 50% success rate for treating AFib, and 20-30% of patients have to come back for another procedure. There are a few reasons for the low success rate. One is that physicians don't have very good imaging tools during the surgery. They rely on low-resolution two-dimensional fluoroscopic images that allow them to see the position of the catheter, but they can't actually see the heart muscle underneath. Even when the region is correctly identified, sometimes the lesion created by the RF beam isn't adequate—either because the catheter wasn't in good contact with the tissue, or was at the wrong angle for a successful ablation.

Being able to assess the ablation quality in real time could substantially increase the success rate of RFAs.

Fortunately, there's an imaging modality that is up to the task. Optical coherence tomography (OCT) uses time-delay information from light waves reflected from tissue to reconstruct a cross-sectional image of the tissue structure. OCT has been a popular imaging modality in ophthalmology for decades, but the past few years has seen an emergence of imaging applications ranging from breast cancer to dentistry, and, yes, to cardiovascular medicine.

SPIE Senior Member Christine Hendon began working on cardiac imaging using OCT when she was doing her PhD work with Dr. Andrew Rollins at Case Western Reserve University. Because myocardial tissue is highly scattering, an OCT imaging system can image up to one millimeter into the tissue, which is enough for physicians to determine good tissue contact during RFA. Rollins' group discovered that by attaching an optical fiber bundle directly to the tip of a standard therapeutic catheter, they could directly visualize the catheter-heart interface during the RFA procedure, in vivo, in real time.

Now an associate professor of electrical engineering at Columbia University, Dr. Hendon is continuing her work on OCT imaging for RFA. She has been able to characterize human cardiac tissue—including fat, infarction, fibrosis, and pulmonary veins—using OCT. Being able to distinguish these types of tissue is important because they can affect cardiac function.

OCT imaging of a human venoatrial junction ex vivo and corresponding histology. The left atrium shows visible fiber architecture of the myocardium within the en face image and a layered structure of the e - endocardium and m - myocardium within the stitched b-scan. The pulmonary vein, without the presence of myocardial sleeves, does not have visible fiber architecture and displays an increased signal penetration and loss of layered architecture within the B-scans. Scale bar = 1 mm. Credit: Christine Hendon, Biomed. Opt. Express 10, 434-448 (2019)

In the OCT images tissue heterogeneities, such as fat, slow down light penetration from the optical probe, causing birefringent artifacts to show up as black bands on the resulting image. To the trained eye, the presence of such an artifact can indicate an abnormality in the tissue architecture. The presence of these black band artifacts can also be useful during an RFA procedure to track the formation of the lesion; during the therapy, the dark bands will disappear in the OCT image, indicating that the tissue is becoming more scattering and homogenous as the ablation progresses.

Hendon has also expanded her work to explore the use of spectroscopy during RFA. Spectroscopy allows deeper imaging into tissue, and Hendon's group has demonstrated measuring lesions up to 4 millimeters in depth. Her group's work is far enough along to progress to live animal studies. "We've integrated our OCT and spectroscopy probes into therapeutic ablation catheters and showed that we can see all of these signals in vivo in pigs," she explains.

Moving these trials to human studies is the next hurdle, and one that raises some questions. Specifically, how is this tool going to be used by physicians in the operating theater? Should the physician see the optical data, or just the final parameters from the optical data? Hendon is aware that surgeons have a lot to pay attention to during one of these RFA procedures. "The physicians are looking at a lot of things," she explains. "They may have an ultrasound, the fluoroscopy, electrical signals, they're navigating the catheter...we're not sure if we want to put another optical image up."

Although the probe can generate visual data, surgeons would have to be trained to interpret the OCT images, which are quite different than x-ray or MRI. That could be a barrier. A better approach might be to display the results of the optical data via a processing algorithm with straightforward results: the catheter is in contact, the catheter is not in contact; the lesion has formed, the lesion has not yet formed. Hendon's goal is to make things easier for the surgeon, not harder. "We want to provide automated unbiased confirmations to physicians."

In pursuit of these automated and unbiased confirmations, Hendon's group of electrical engineers are looking to machine and deep learning as a solution. "Anything you can see with your eye can be translated into an algorithm," she says. "First do this, then that, then finally this step. Then you just translate all those steps into math, and then you code them."

One of Hendon's graduate students, Xin Yu, presented the results of one such algorithm at Photonics West 2019.

This algorithm has one classifier with two subclassifiers, both developed using a convolutional neural network. First, the algorithm determines whether a catheter is in contact or not with tissue. If the algorithm determines that yes, the catheter is in contact with the tissue, it proceeds to the next classifier, which looks at angle of contact: is it less than 30 degrees or more than 30 degrees? A small angle of contact may not deliver the RF energy adequately for a successful ablation, and should probably be repositioned.

Their results showed that the contact classifier had an impressive accuracy of 99.96%—a pretty high degree of confidence that the catheter is in contact. The orientation classifier, on the other hand, was less accurate, at 91.58%. This variation is not surprising when you consider that the myocardial surface is not always a perfectly smooth plane. It can be lumpy, making it difficult to acquire a precise angle. Also, the cardiac tissue is really soft, so when the catheter is in contact with the surface, the angle can change at the point of contact, depending on how much force is being used.

Hendon's group is going to continue to pursue this deep learning approach to quickly and accurately interpret the OCT results, and she's relying on the clinicians who will ultimately use the tool to tell them what output will be most useful. "Our clinical collaborators ask very practical questions, and that really helps us in terms of optimizing our catheter design, our visualization techniques, what parameters should be shown, and where we should put our efforts," she says. "They're the ones doing these procedures every day, so they'll tell us which applications will have the biggest impact." 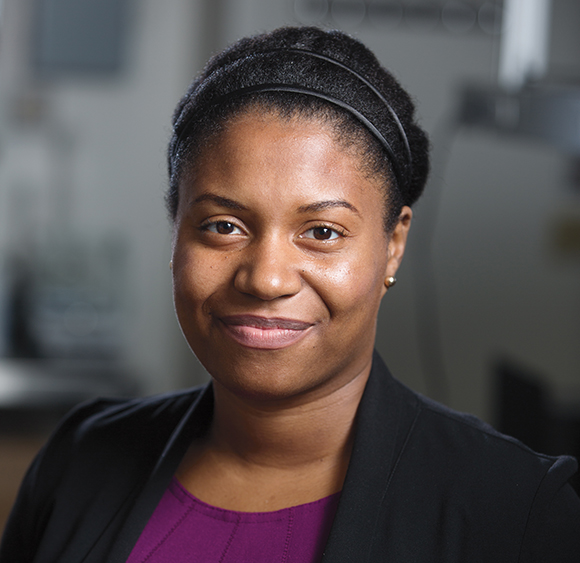