Wolfgang Osten, thrid from left, in his new Nano-Measurement and Nano-Fabrication Lab

During his 40+ year career, SPIE Fellow Wolfgang Osten, professor at Universität Stuttgart, has made significant contributions to optical metrology. His research focuses on new concepts for industrial inspection and metrology by combining modern principles of optical metrology, sensor technology, and image processing.

Osten and his research team developed the first automated system for the quantitative and qualitative evaluation of interferograms, and tilted-wave interferometry for aspherical and free-form surface measurement. Both techniques have since been commercialized.

"Metrology is a key component of industrial value creation," said Osten in a 2017 interview with Laser World of Photonics. "Only what can be measured can be produced and optimized. Today, industry simply cannot do without optical sensors and especially not in a digital transformation."

In recognition of his significant contributions to the development of wide-scale optical imaging and metrology, which have stimulated new approaches and technologies for the inspection of nano, micro, and macro objects, Osten is the is the 2019 recipient of the SPIE Chandra S. Vikram Award in Optical Metrology.

"Professor Osten is one of the most recognized ‘gurus' for the international community of experienced and young researchers working in optical metrology and optical imaging as well as in the disciplines where optics is crucial for better product quality, archiving, and exploring biological structures," says SPIE Fellow and 2005 SPIE Past President Malgorzata Kujawinska of Warsaw University of Technology. "The conferences which he initiated, such as Fringe, Holomet, Interferometry (San Diego), Optical Metrology (Munich), and recently Digital Optical Technologies (Munich), have been the international forums which inspire the entire optical community."

The SPIE Chandra S. Vikram Award in Optical Metrology is presented for exceptional contribution to the field of optical metrology. Osten received the award at SPIE Optics + Photonics in August 2019. 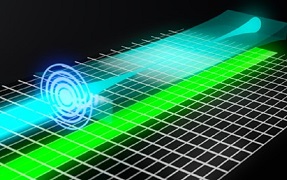 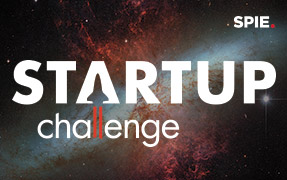 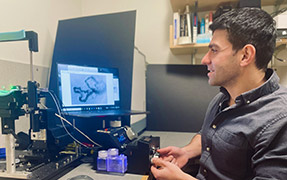