Guardian of the Galaxies

The key to discovery, says John Mather of NASA Goddard, is being open to new opportunities.

Long-term projects have been good to SPIE Fellow John Mather, a senior astrophysicist at NASA's Goddard Space Flight Center.  He was involved with the Cosmic Background Explorer Satellite (COBE), which led to his winning the Nobel Prize in Physics in 2006. And now there's the James Webb Space Telescope (JWST), designated heir to the Hubble Space Telescope, due to be launched in 2020. Once it reaches its destination, a position a million miles from Earth, the JWST will be detecting longwave visible and infrared light in order to observe, among other things, the early formation of stars and planets.

Mather, who has been working on the JWST for 22 1/2 years and who will be giving a plenary talk on the topic on Monday, June 11, as part of SPIE's Astronomical Telescopes and Instrumentation conference, never expected the project to be a quick one. "This is a generational sort of thing," he says. "We started this project before many of its future users were born, and that's just the nature of these things. The Hubble was also a very long project, so the timeframe is just built in. That's what we do." 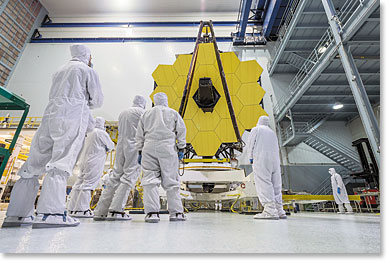 Cameras and spectrographs will record the light to be collected by Webb's giant golden mirror. Credit: SPIE Newsroom

The payoff on such projects, of course, is immense - world-changing in fact -- as Mather is quick to point out. "I have a certain faith that when we have a wonderfully powerful new tool, you see things that nobody ever imagined or guessed were there. That's happened to us so many times in science: when we first got a microscope and looked at the little things swimming around in a drop of water; when we first got a telescope and looked at the little satellites orbiting around Jupiter and saw that the sun has spots on it. When we built the Hubble telescope, we found quite a few things that nobody had every guessed or imagined would be true. For instance, now we know there's a black hole in the middle of every galaxy that's a whopper. How did that happen? We still don't know. But we know that they're there."

Once in a while, he continues, you build something where you do know what you're looking for and you still get a surprise. "The LIGO observatory, for instance," says Mather. "They found gravitational waves from pairs of black holes merging together and they knew that was possible, but they didn't think that nature would have done it. So that was the first big surprise from them - it wasn't that we could build the equipment, it was that nature did something nobody had imagined." 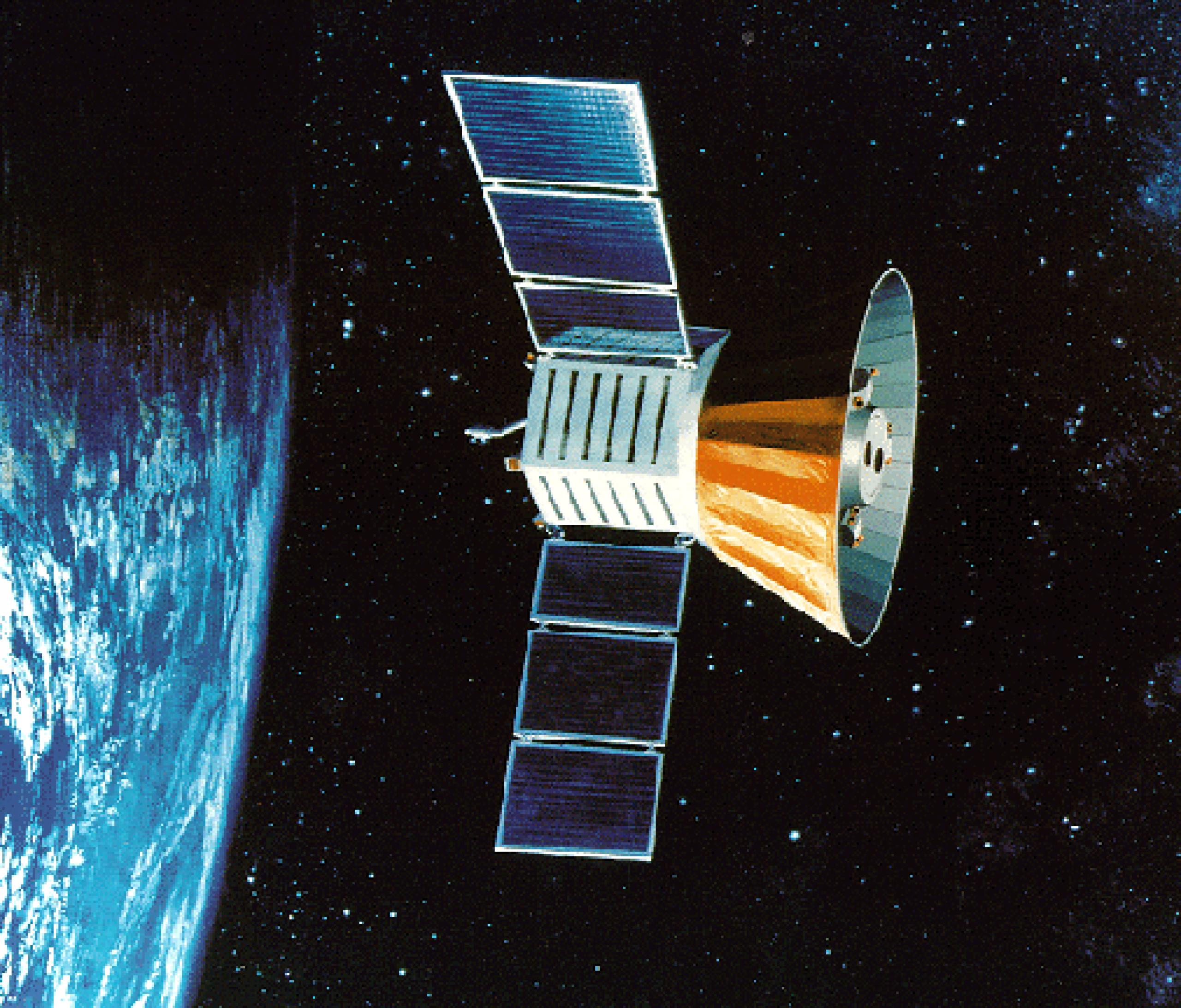 The purpose of the Cosmic Background Explorer (COBE) mission was to take precise measurements of the diffuse radiation between 1 micrometer and 1 cm over the whole celestial sphere. Credit: NASA

That's part of the wonders of astronomy, according to Mather: "Almost everything that we know about astronomy was a surprise; hardly anything was expected."

The things we learn through astronomy might not be expected, but its physical context is right in front of our eyes, something that makes it one of the more popular and attractive of the sciences. "You can see the sky," Mather says. "And when you look at the sky and you think a little bit about where did it all come from, it's all a wonderful mystery, a mystery you can see with your own eyes. I think that's part of the attraction of it. It's beautiful to look at, and the stories that we tell about what's out there are astonishing."

It's critical for scientists to communicate their work on a public level, Mather believes, not just because it's fun and interesting, but because everyone is actually invested in it: "It's not just through taxpayer funds," he says. "Every product that people buy that has something about science and engineering in it, is part of the world-wide enterprise. I'm looking at my iPhone which is one of the top degrees of public engineering that we can all see. Hidden behind this little iPhone are I don't know how many millions of scientists and engineers who worked for generations to make it possible. So that's pretty cool. I don't really see any limitation to how far we can get with our investigations, our explorations of the universe. We can go in person to the moon; we can send robots into the solar system which we already have started to do, we can learn about gravitational waves from black holes merging together, we can...well, whatever it is your question is, we can work on it." John Mather and Northrop Grumman engineer Scott Willoughby talk to a crowd gathered around a model of NASA's James Webb Space Telescope at South by Southwest on March 9, 2013. Credit: NASA

The key to discovery, says Mather, is being open to new opportunities. "We have to keep our eyes and ears open to what's around us," he says. "I just visited the Institute of Optics in Rochester yesterday and almost every single thing they showed me was not possible or even conceivable when I was a child and optics was all about lens design. It's just completely all changed. Now it's all about quantum everything. Quantum optics, lasers, quantum detectors, qubits, quantum computing, atom interferometry - all kinds of astonishing things that no one guessed would be possible. We didn't even try to imagine them."

Mather first attended an SPIE conference more than 40 years ago - "when we were first showing off our ideas for the Cosmic Background Explorer Satellite." He returns each year because "this is where my friends go to explain and show their new ideas and their process on inventing things." The universe remains a space of wonderful surprises, one to which optical science has contributed many discoveries and will contribute many, many more.

It's precisely that anticipation of the unexpected that characterizes the joyful part of Mather's area of work and keeps his interest engaged. It's impossible to know how things are going to turn out when you generate new equipment, he says. To illustrate just how powerful the Webb telescope will be - "much more powerful than anything that we've ever known" - he uses one of nature's most familiar examples: "If you were a bumblebee hovering at the distance of the moon," he says, "we could see you." Now that's an achievement worth waiting for.

The Hubble: 25 years of photonics for a better cosmos

John Mather: JWST will continue the exploration of the early universe

Essential Leadership: Nobel-winning Mather is motivated by a fascination with the universe