An SPIE Gender Equity Task Force was formed to identify how the professional environment and culture of the optics and photonics community can better enable equal opportunities, rewards, and recognition for its members, independent of gender.

Since 2015, the SPIE Gender Equity Task Force has been working to identify how the professional environment and culture of the optics and photonics community can better enable equal opportunities, rewards, and recognition for its members, independent of gender. The Task Force focuses on identifying and recommending specific steps our community can take to improve ongoing advocacy and career assistance for women, and attract more women to pursue careers in the fields of optics and photonics.

In 2017, SPIE produced its first Gender Equity Report, utilizing both qualitative and quantitative data to explore a range of gender-equity themes, including compensation, promotion, leadership, work/life balance, mid-career interruptions, and parenting. The quantitative data comes from the 2016 and 2017 SPIE Optics and Photonics Global Salary Survey, the largest of its kind in the optics and photonics community. The qualitative data is drawn from 16 personal interviews conducted by SPIE staff: 13 women and three men from Africa, Asia, Europe, Latin America, and the United States participated, representing academia, industry, and government. The interviewees encompass different career stages - early, mid, late - and their various responses reflect a range of issues as well as affirming that it requires efforts by both women and men to redress current inequalities. 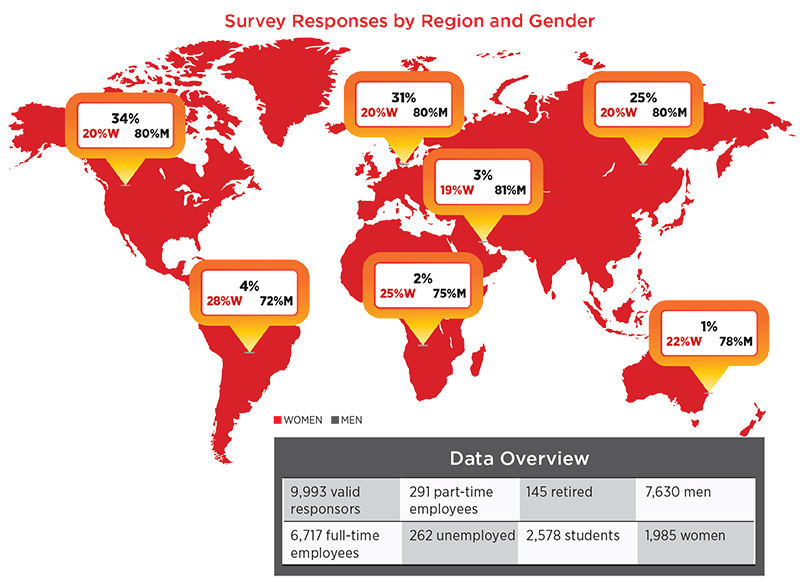 "Out of 28 students in my physics BSc program there were only two females," notes Advanced Imaging Specialist and SPIE Member Claudia Valdés, of Zivot (Colombia). "People think that physics is more for men than for women, and this causes systemic discrimination. If this is the cultural mindset, there will be different treatment between males and females in the classroom; I think that the classroom environment can play a big role. Even with this difference in number, I only felt discriminated against because of my gender once and it was after my PhD. At that time, my male boss believed he was superior just for being a man. In such cases, we need to work harder to make other people aware of what we are."

But as Elka Koehler points out, current gender inequalities often also mean tapping into enlightened leadership whenever possible. "It often takes a mentor who recognizes your talents to propel you to the next level," says the Principal Systems Engineer at Raytheon (USA). "Perhaps not surprisingly in a male-dominated field, all of my mentors have been male. They were the ones in positions of leadership or power that were able to make a difference. It is up to the men to help women progress."

And it's critical, according to Hans Arwin, Professor Emeritus at Linkoping University (Sweden), to address inequities properly, empowering rather than sidelining careers. "I see so many female faculty asked to be on committees, because the committee wants to be ‘diverse,'" he says. "These women, when asked to be on a committee, in most cases consider this to be favorable for their career. But, in many cases, [they] become so overloaded with commitments that they don't have time to focus on their research or teaching classes. They are, in a sense, punished for being a woman in a field dominated by men."

Arwin's perception is echoed by Marie-Louise O'Connell, a medical physicist, researcher and lecturer in Ireland. "There exists an unconscious bias toward women within academic research," she observes. "Women can automatically be recognized as stereotypical multitaskers with higher emotional intelligence based solely on their gender. As such, they can be delegated more administrative tasks and assigned a more caregiver status relative to their male counterparts. For example, female researcher joins group, group asks female researcher to help with admin work, female researcher has comparatively less time for her research because she is helping to manage the group. This feels like a leadership role, but ultimately, she isn't getting published as much or she is getting overworked because she becomes the one responsible for all organizational tasks. While other group members may rise in rank and salary, she will have less opportunity and success due to her lack of academic output." 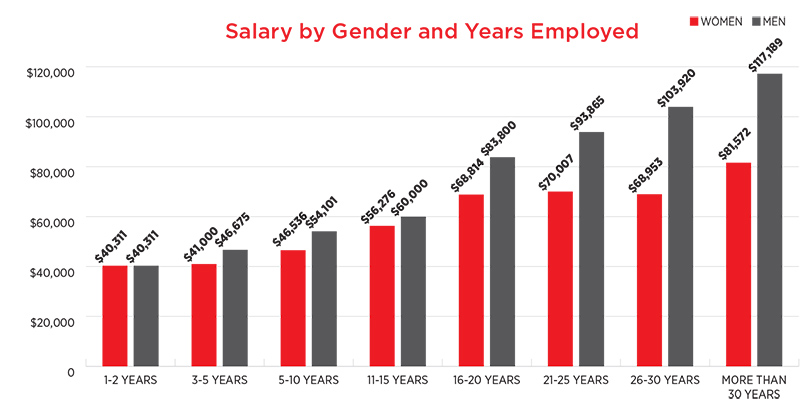 Women make up 21% of the respondents in the 2017 SPIE Optics and Photonics Global Salary Survey. Women earn less than men overall, with respective median salaries of $50,500 and $68,953. At early career stages, earnings are similar for both genders, but the gap grows with increasing years on the job.

The overall takeaway? While women represent an overwhelming minority across the optics and photonics community, reports such as these, that embrace in-depth research and probing interviews, raise awareness while providing the specificities needed to address inequalities in practical and tangible ways. The more we know, the more leverage we have to continue the work we are doing to make our community as diverse and inclusive as possible.

To find out more about the ongoing efforts of the SPIE Gender Equity Task Force, please visit spie.org/genderequity

A Telescope of Her Own
Technology
SPIE Announces Its 2020 DCS Rising Researchers
Community, Events, Press Releases