Sentinel-6 will launch on a Falcon-9 rocket in November 2020. Credit: ESA

Since 1992, high-precision satellite altimeters have been essential in helping scientists understand how oceans store and redistribute heat, water, and carbon in the climate system — a highly complex system consisting of the atmosphere, oceans, cryosphere (snow and ice), land surface, and biosphere. These instruments have observed sea levels rise by an average of 3.2mm per year. This trend has been accelerating -- from 2014 to 2019, a 4.8mm/yr increase has been observed.

The Jason-CS/Sentinel-6 satellites are among those spacecraft that have been gathering this information and will extend through at least 2030, providing a nearly 40-year record of sea level rise, along with changes in ocean currents and conditions. The Sentinel-6a, launching in November 2020, is the latest in the long-running Jason series.

Sentinel-6a marks the first time this hugely important mission series will fly under the badge of the EU's Copernicus Earth observation program. It is still a joint venture between Europe (principally France) and the US, but the Copernicus patronage offers long-term financing security. 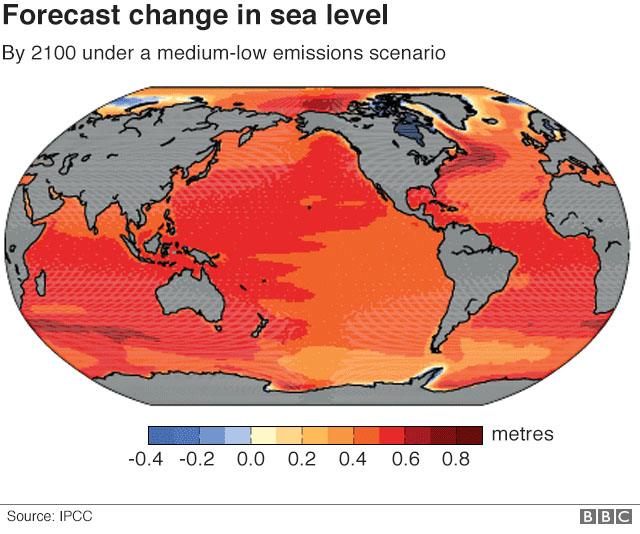 The oceans store vast amounts of heat from the Sun, and how they move that energy around the globe and interact with the atmosphere are what drive key elements of our weather and climate systems.

A classic example is the El Niño phenomenon. This sees usually cold waters in the eastern central Pacific overtaken every few years by a surge of warm waters from the west. This disrupts weather patterns worldwide, bringing drought to some areas and intense rainfall to others.

Sentinel-6a will act as an early warning system for El Niño by detecting the encroaching bulge in warm surface waters.

Read more about this project on BBC News.

Lasers make the grade in Earth observation and space exploration