When revealing the 2018 Nobel Prize in Physics winners last October, the Royal Swedish Academy of Sciences announced, "This year's prize is about tools made from light." Awarded to three laser physicists, the decision marked the second consecutive year that photonics-related work was recognized by the Nobel committee: in 2017, the Nobel Prize in Physics went to three of the key scientists involved in the first direct observation of gravitational waves.

Arthur Ashkin, a former Bell Laboratories researcher, was honored with half of the 2018 prize, for his work on optical tweezers and their application to biological systems, with Gérard Mourou of École Polytechnique in France and Donna Strickland from the University of Waterloo, Canada, sharing the other half for their method of generating high-intensity, ultrashort laser pulses.

Following the news, SPIE's CEO Kent Rochford noted that, since the invention of the laser, there were now a dozen physics Nobel prizes that either advanced, or were enabled by, optics and photonics. But that's not where the story ends: those light-based technologies are continually being developed and improved to enable and enhance life. Photonics West features components, devices, and systems based on Nobel-winning technologies for applications across biomedical diagnostics and therapies, nanophotonics, optical communications, and laser manufacturing. Many of the companies at both the main Photonics West exhibition and the weekend's BiOS Expo already sell products enabled by the 2018 winners, with optical tweezers becoming a critical technology for research in fundamental physics, biological studies, and cold-atom trapping.

The virtuous cycle
"You can think of photonics as a large ecosystem where today's bright ideas beget tomorrow's great ideas, and then the pattern repeats itself in a cycle," says Alex Cable, CEO and founder of Photonics West exhibitor Thorlabs. "Virtuous cycle," Cable explains, refers to the connection between basic research and technology development Research gives high-level understanding of new ideas - which technologists then use to improve the tools that help push the researchers onward to their next invention. "Thorlabs is certainly part of this cycle as we contribute to the improved instruments and related technologies that are integral to driving the cycle," says Cable. 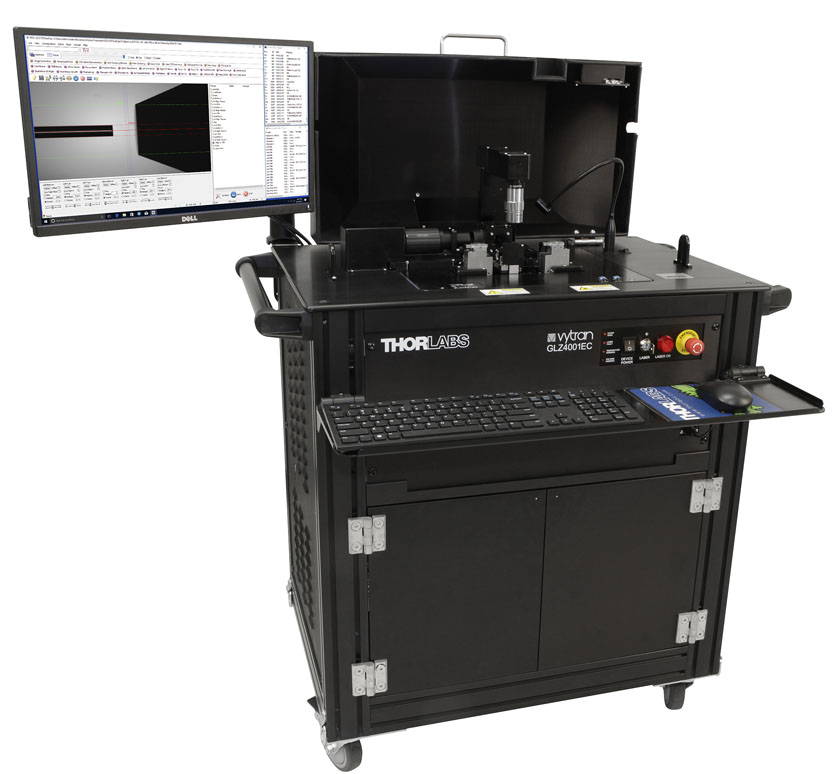 In the mid- to late-1980s, Cable worked with Ashkin and other collaborators at Bell Laboratories on the project that ultimately earned Steven Chu, Claude Cohen-Tannoudji, and William Phillips the 1997 Nobel Prize in Physics for their development of methods to cool and trap atoms with laser light. In fact, the work with Ashkin and colleagues at Bell inspired Cable to start Thorlabs. The company, named after his golden retriever, seeks to increase the speed of scientific discovery. "We're having a profound effect on society," notes Cable, "both indirectly through the technological advances enabled by the products we sell, as well as directly through our own internally sponsored research."

"Without the early work of Ashkin, we would never have been able to develop the systems we have today," says Mike Elliot, chairman of Elliot Scientific, another ex¬hibitor at the Moscone Center this week.

He explains that the first optical trap¬ping systems were single-beam, open-architecture laboratory experiments. Re¬searchers later developed more complex single, double, and multiple trap systems. In 2003, Elliot Scientific and Kishan Dholakia from St Andrews University in the UK started a collaboration to develop "off the shelf" fully integrated optical tweezers - meaning that for the first time it did not require a PhD researcher to build and operate such a system. Elliot Scientific and Dholakia developed a unit that worked straight out of the box, rather than taking months to build and install. 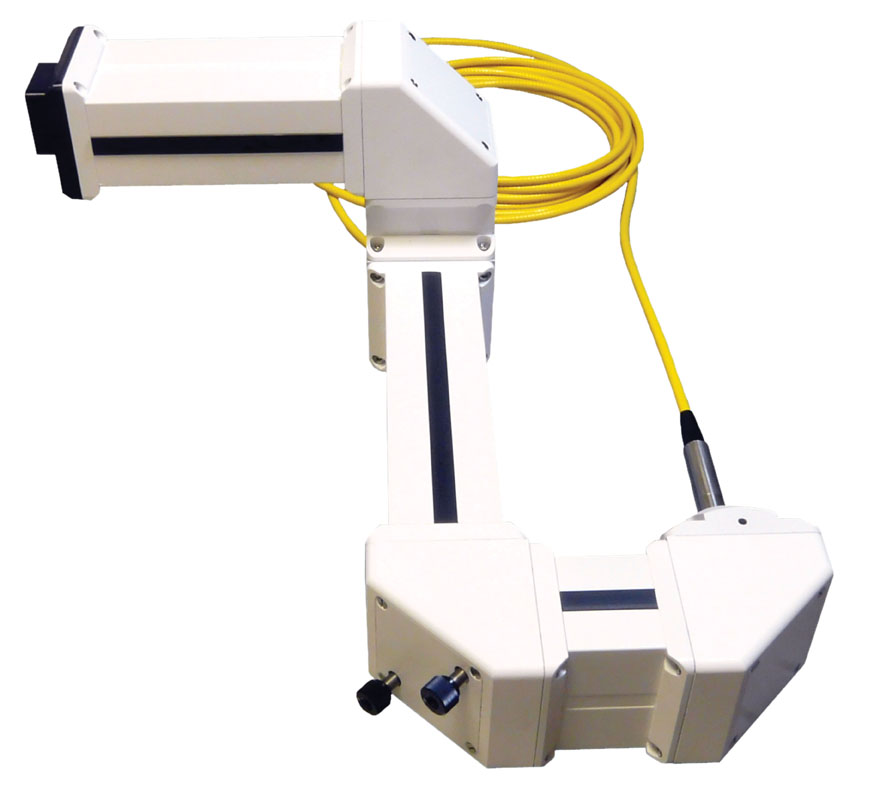 "Ashkin's work revolutionized single-molecule biophysics and new studies of Brownian dynamics, statistical mechanics, cell-cell interactions, and the use of optical tweezers with other forms of microscopy such as confocal and Ra¬man," says Dholakia. "In single-molecule biophysics, optical tweezers act as a calibrated force transducer and a miscible version of a Hookean spring. They can be used to look at the actin-myosin system, for unravelling DNA, and observing kine¬in ‘walking' on microtubules.

"For example, transcription is the initial step for the expression of genetic information, and is performed by mac¬romolecular enzymes called RNA polymerases. [Optical] tweezers have helped study this fundamental tenet of biology in ways never before imagined."

Into the real world
Holographic optical tweezers take things further, using a liquid crystal spatial light modulator (SLM) to create a volume of optical focal points that can be used to manipulate the position of objects in three dimensions. Objects with a higher refrac¬tive index than the surrounding media are pulled toward the center of the focal points, enabling manipulation of objects by moving the position of the focal points.

In 1979, Tom Baur, then a researcher at the National Center for Atmospheric Research, launched Meadowlark Optics - initially as an after-hours venture in a spare bedroom of his Colorado home. Meadowlark has since become known for its innovative, ultra-high-quality polar¬ization optics, offering a range of prod¬ucts for customers interested in optical tweezing.

"Meadowlark Optics has been offering SLMs for phase control for over 25 years," says Baur. "We are pleased to see the broad adoption of this liquid crystal technology for optical tweezing, and to contribute to the ease of use of this tool in microscopy and elsewhere." 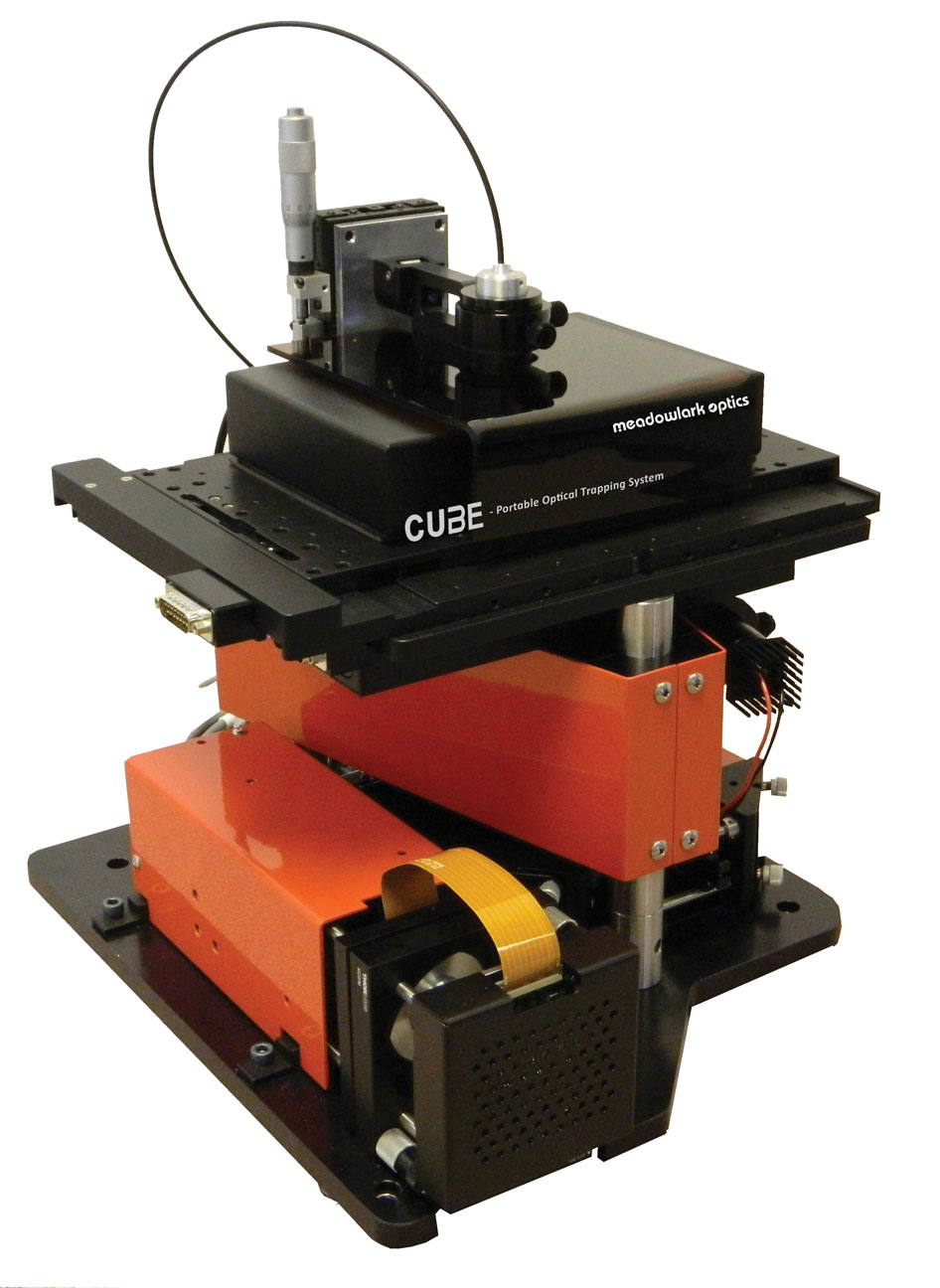 For customers interested in a turnkey solution, Meadowlark offers the "CUBE", a compact holo-graphic optical tweezing microscope developed by Miles Padgett and his team at the University of Glasgow and transferred to Meadowlark for commercialization.

"Working with the Meadowlark team was a fantastic experience for us and really gave us an insight into how new prod¬ucts make it from the university into the real world," says Padgett. "Their expertise in SLMs is what makes the CUBE possible." He adds that optical tweezers brought a revolution to both the physical and life sciences, and was glad to see the technology recognized with the "long overdue" award of the Nobel to Ashkin.

Pushing the limits
Mourou and Strickland's work helped pioneer the field of ultrafast lasers and their applications. They developed chirped-pulse amplification (CPA), which achieves very high optical powers when an ultra¬short laser pulse is stretched out temporally and spectrally prior to amplification. CPA opened a whole new branch of science called relativistic optics, one of the most active fields in physics today.

"The work of Mourou and Strickland is geared towards generating high-power lasers for a variety of applications," says Dholakia. "The method of stretching and then re-amplifying pulses is elegant, and has widespread uses such as laser ma¬chining and corrective laser eye surgery."

Janis Valdmanis, general manager at Thorlabs' Ann Arbor division, was part of Mourou's team of graduate students - which included Strickland - at the University of Rochester in the early 1980s. While attending the 2018 Nobel awards ceremo¬ny in Stockholm, he was approached by Allen Weeks, director general of Europe's Extreme Light Infrastructure (ELI) project, who commented on the success and camaraderie of Mourou's student team. "ELI is now the world's largest set of lasers that use the CPA technique," says Valdmanis. "These high-intensity lasers are pushing the limits for both lasers and the high-field science they enable. None of this would have been possible without CPA."

"We've taken the Nobel-winning technologies, optical tweezers and CPA, worked to commercialize them and drive their adoption in the marketplace," says Herman Chui, senior director of product marketing at Spectra-Physics, the world's first laser company and now part of MKS Instruments. "CPA has interesting uses in medical applications, micro-machining, and scientific research. For those applications, we'll be showing the latest innovations in ultrashort pulse lasers based on CPA technology, including high-power femtosecond lasers for high-throughput, highest quality micro-machining." 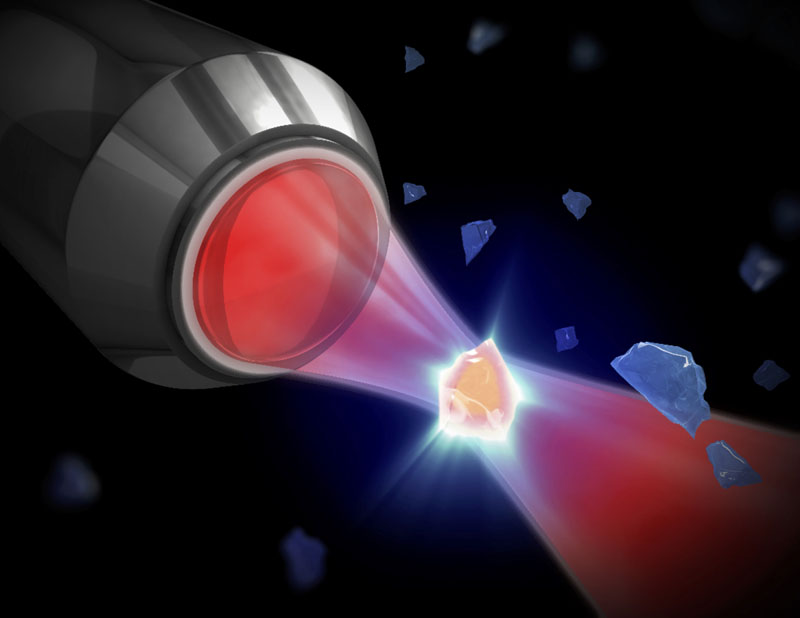 Particle-trapping mechanisms need a stable and narrow-linewidth laser that provides tight control of the output frequency. The most stable type of commercial continuous-wave source is based on the non-planar ring oscillator design, and one example is the Mephisto laser from exhibitor Coherent that acts as the master laser oscillator in all today's gravitational wave interferometers. Amplified versions of this 1064 nm source are widely used for trapping cold atoms in optical dipole or optical lattice geometries.

A team of researchers led by Peter Barker at University College, London is using a Mephisto laser in novel techniques for trapping and cooling nanoparticles. This includes using optical tweezers, but also a special optical cavity. Barker explains: "This is called levitated cavity optomechanics, where our high-finesse cavity is tuned so that blue-shifted scattered light escapes and takes away mechanical energy, but red-shifted light does not. Repeated scattering of the 1064 nm non-resonant light in this way systematically drains center-of-mass kinetic energy from the particle. So far, we've reached the millikelvin regime, and we are hoping to reach 10 μK soon."

As optics and photonics technologies continue to develop and advance, the Photonics West Exhibition and BiOS Expo will continue to showcase the newest tools, applications, and innovations within the laser and photonics industry.

Donna Strickland: Girls just wanna have fun - in the lab