The power of the digital pen was palpable at the first-ever SPIE Wikipedia Edit-A-Thon at SPIE Optics + Photonics. British physicist and Wikipedia editor Jess Wade opened the session by reminding the nearly 30-strong group of participants — including SPIE Past President Maryellen Giger, newly elected SPIE Vice President Anita Mahadevan-Jansen, and newly selected SPIE/OSA Arthur H. Guenther Congressional Fellow Christina Willis — about Wikipedia's global reach: the website boasts more than 32 million views a day. Currently, though, fewer than 18% of the English-language biographies are about women, and the statistics for ethnic and racial minorities are no better. Wade, who has been creating the Wikipedia pages of women and other underrepresented populations in STEM since 2017, is a proactive proponent of changing those numbers, while empowering others to do so as well. 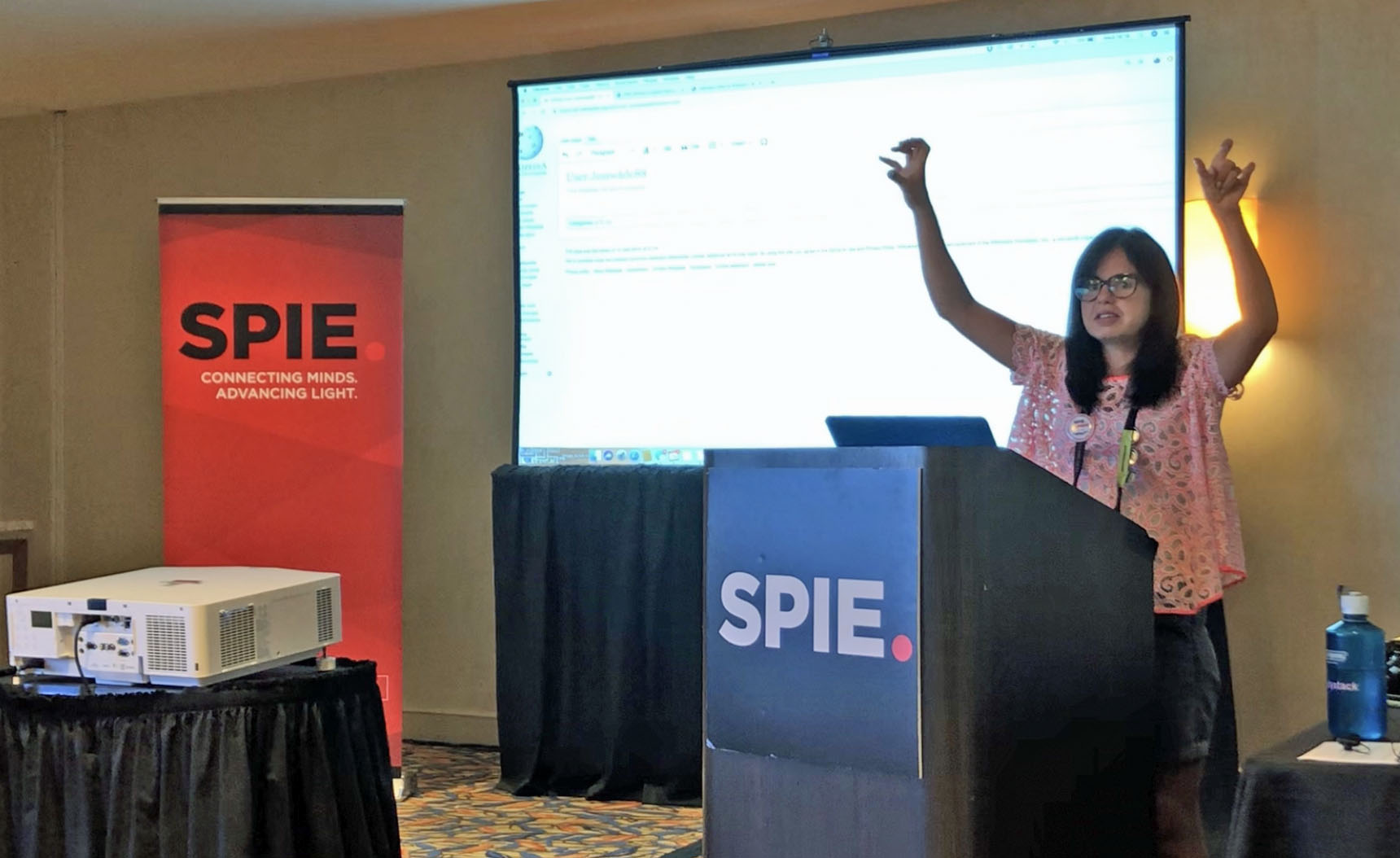 Explaining the logistics of setting up a Wikipedia account, creating a basic Wikipedia page format, and setting out the guidelines for appropriate biographical and career sources, Wade facilitated the two-hour session while a mellow audio feed of Wikipedia pages being edited and updated in real-time played appropriately in the background. Sharing tips, suggestions, resources, and best practices of producing Wikipedia pages, she also reminded the newest batch of Wikipedia editors of one of Wikipedia's major tenets: "Be bold."

Jess Wade: A Force of Nature