Editor's note: On Saturday, 13 August 2022, a few days after this article was published, Michael Berns passed away at the age of 79. He will be greatly missed by family, friends, and colleagues.

“It was 1966 and all I knew about lasers was that Goldfinger was going to slice James Bond in half,” says SPIE Fellow and consummate storyteller Michael Berns of his initial introduction to lasers. “Then one of my professors at Cornell told me that the department had purchased a small ruby laser but did not know what to do with it, and he felt it might be useful for very fine tissue ablation if coupled to a microscope.”

A professor of biomedical engineering, surgery, and developmental and cell biology at the University of California, Irvine (UCI), and cofounder and founding director of the Beckman Laser Institute and Medical Clinic (BLIMC), Berns is also this year’s recipient of the SPIE Gold Medal in recognition of his work in bioengineering research and his distinguished career that has brought together engineers, physicists, biologists, and physicians to collaborate on groundbreaking discoveries and innovations.

Today, Berns is widely known as the “the father of laser microbeams” thanks, in part, to his groundbreaking work in delineating how the laser can perform subcellular surgery on chromosomes. With a focus on light interactions with cells and tissues, his research works to address biomedical problems such as nervous-system repair at the single-cell level, a laser-leveraging technique that extends to degenerative diseases such as Parkinson’s, Alzheimer’s, and Huntington’s.

Those who lit the path

Throughout a lifetime of accomplishments that include scientific firsts, philanthropy, painting, and authoring international spy thrillers, Berns notes the mentors his had along his journey.

Perhaps the first in his life was his grandfather, an inventor who raised Berns on Long Island, New York. Described as a “very gentle, kind man,” Bern’s grandfather had come from “the old country” at age 14, and the family never knew more than that about his past.

“He became a clothing designer for Treo, a New York clothing company, and had a wall with all his patents,” says Berns. “The one that always stuck with me was the “stretch girdle” that resembled an American Flag. He liked to tell the story of being sued by the DAR [Daughters of the American Revolution] for desecration of the American flag. They were all pulled off the market and distributed as mementos to our extended family.” Berns has one of the samples on a bright metal mannequin on display in his home, along with several of his grandfather’s patents. “The design for that girdle ended up as part of an exhibit in the Museum of Modern Art in NYC as an example of 1960s pop art.” 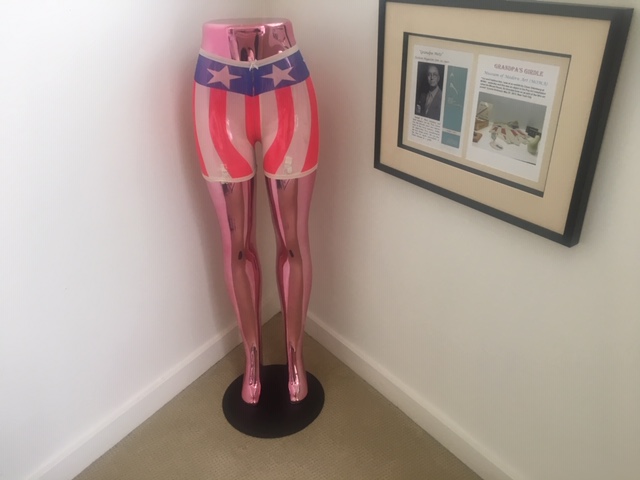 Michael Berns keeps an example of his grandfather's "stretch girdle" design along with several of his patents on display at home. Credit: Michael Berns

“My grandpa was a real tinkerer with gadgets and that is where I first honed my technical skills,” Berns adds. “Whenever some new technology came out, he was interested. We went up on the roof of our apartment building with a pair of binoculars to see the Russian Sputnik fly over.” The satellite itself was barely apparent, but its R-7 core stage was visible as a bright light moving across the sky.

As noted earlier, Berns discovered lasers as a graduate student at Cornell University in the early 1960s. One of the first among his fellow students to experiment with lasers, he used a ruby laser as a micro-surgical device to study the development and evolution of the leg-building region of a millipede. “Actually, it was a complete failure,” notes Berns. “But the lesson for me was that just because something didn’t work in one type of experiment, that didn’t mean it wasn’t useful for something else.”

After finishing his PhD at Cornell, he headed out to Pasadena, California, to use lasers to manipulate single cells. “I was fortunate to have a postdoc mentor in Donald Rounds who basically said, ‘There’s the lab, have fun.’ And I did.”

Part of the fun included becoming the first to perform subcellular surgery of chromosomes (Nature, 1969), followed by a 1970 Scientific American article, “Cell Surgery by Laser.” He was first to perform laser nanosurgery in a cell with the goal of cell survival and subsequent cloning, and he introduced the use of real-time digital image processing in biology, widely used in microscopy (Science, 1981).

Berns credits the Nature and Scientific American articles with helping him land his first academic job as an assistant professor in the department of zoology at the University of Michigan, Ann Arbor. He had always loved animals so his career goal since childhood was to become a veterinarian. But as seems to be a theme in his life, he got sidetracked by another influential mentor.

“It was my high school biology teacher, Robert Abrams, who asked me if I would help him measure tumors on mice after school at a research lab on Long Island,” says Berns. “He’s really the one who first introduced me to laboratory research and the scientific method. I read my first Scientific American magazine as part of his advanced biology class and decided that my goal was to someday write an article for that magazine.”

As a postdoc and professor, Berns wasn’t really interested in the clinical or medical uses of lasers, but he took notice that at key conferences the utility of lasers was often being discussed. “At some point I realized that getting big grants was more likely if I was investigating laser use for a disease,” says Berns. “This led me to cancer and the use of light-activated dyes for the diagnosis and treatment of human and animal cancers — like in pet dogs, cats, and snakes.”

In 1979, Berns was awarded a prestigious NIH Biotechnology Resource grant to establish what he called the LAser Microbeam Program (LAMP), a laboratory for laser microscopy using sophisticated continuous-wave (CW) and short-pulsed picosecond lasers.

After spending a year building the LAMP system — an instrument with a tunable wavelength laser microbeam and a wide range of energies and exposure durations — Berns sent out invitations to every CEO of medical and biotech companies in Orange County, California. To his surprise, Arnold Beckman (then 80 years old and still running Beckman Instruments in Fullerton, California), came through his door.

“He was fascinated with lasers and how I was focusing them inside of cells to perform sub-cellular surgery, says Berns. “This started a friendship that continued until he passed away at the age of 104. After a year or so, I proposed that he support the construction of the Beckman Laser Institute and Medical Clinic, a facility where basic scientists and clinicians would rub shoulders in the same building.”

The institute and clinic became the first interdisciplinary program that combined engineers, physicists, biologists, and physicians under the same roof, leading to intense interactions that resulted in over 52 inventions, including biomedical devices now used worldwide.

Currently, Berns is leading two research projects: one funded by the BLIMC non-profit corporation to develop an internet-based robotic laser scissors-tweezers microscope (RoboLase), and a second on nervous system repair following laser damage, funded by the Air Force Office of Scientific Research. But he’s also involved in community and philanthropic activities, becoming an influential mentor just as the mentors in his life did for him. While director of UCI’s BLIMC, Berns garnered more than $63 million in extramural grants and $40 million in philanthropic support.

Berns has served on the editorial board of SPIE's Journal of Biomedical Optics (JBO) for more than ten years. During this time, he has promoted the journal to the wider scientific community, encouraging them to publish their work in it and making JBO an essential go-to journal for new and interesting results in biomedical optics. He has chaired a session at the SPIE Conference on Optical Trapping and Optical Micromanipulation at SPIE Optics + Photonics for the past 14 years, giving numerous keynote and invited talks.

“I have always been involved with community activities,” says Berns. “While raising our kids in Orange County, I was on the Planning Commission of San Juan Capistrano, and now I’m trying to motivate our university community to get behind our ecological preserve by offering to match any gifts. I have been fortunate to have had personal relationships with such pillars of our society as Arnold Beckman and David Packard. I learned from them that giving back to the society that made our careers successful is uniquely rewarding.”

He adds that “extending the use of optical technologies to high-school students is very rewarding especially when their eyes light up in amazement. It reminds me of my own high-school experience with my biology teacher, Mr. Abrams.”

Portions of this article were originally published in the 2022 Photonics West Show Daily. 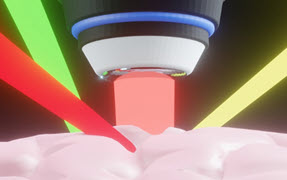 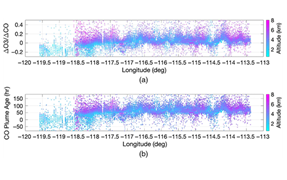 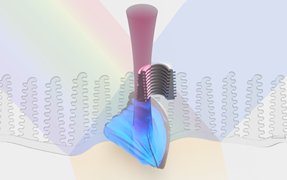