The answer’s out there… Credit: ESA C. Carreau

Physicists detected the first gravitational wave, produced in a collision of faraway black holes, in 2015. Now, almost five years later, the observatories have become so consistent at detecting these spacetime ripples that researchers announce candidate detections just about every week. Some experts are now looking to build the next generation of these detectors.

At SPIE Photonics West in February, Julia Majors of Avo Photonics described a compact prototype laser for LISA, a spacebased gravitational wave observatory led by the European Space Agency (ESA) scheduled to launch in 2034. The concept of LISA is based on three satellites, in an equilateral triangle of sides about 2.5 million kilometers long, that all orbit the sun. "Each satellite has a laser system," Majors explained. The satellites beam their lasers back and forth to each other to form an interferometer. If a gravitational wave passes through, it will ever so slightly change the distances between the satellites. By analyzing the interference patterns in the laser signals between the satellites, LISA researchers should be able to identify gravitational waves. 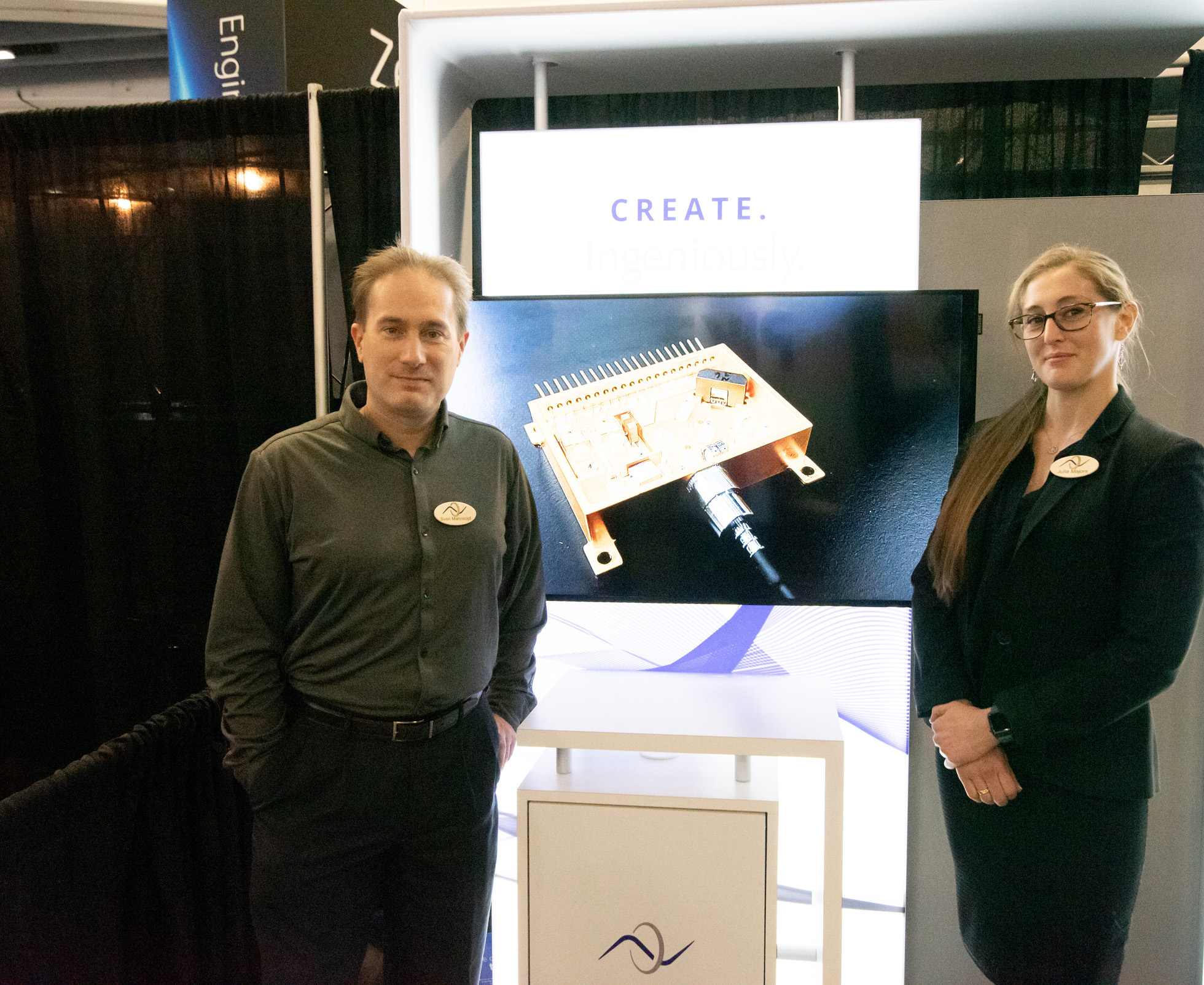 NASA, collaborating with ESA, charged Majors' company to build prototypes of some of the lasers that would go in each of the satellites. Majors' team has now built a prototype laser, weighing about two pounds, that can sit in the palm of your hand. The laser is based on a non-planar ring oscillator (NPRO) model. The lasing medium, a crystal, is cut such that the pump light internally reflects without a mirror. The crystal serves as both the lasing medium and the cavity, says Majors. The laser outputs 200mW, which would be further amplified to 2W in operation.

Avo Photonics developed this laser to meet LISA's specific space-based constraints, said Majors. The prototype is designed to be hermetically sealed. In addition, the laser produces very little frequency noise, a particular constraint of LISA's, since the observatory is designed to sense slow gravitational wave frequencies ranging from 100 microhertz to about a hertz. Eventually, Majors' team will develop the prototype such that all the connections are solder, as opposed to epoxy, which releases gas over time.

Gravitational waves give astronomers another probe to study distant objects. These observatories serve as an "ear" on the universe to accompany optical telescopes. LISA should be sensitive to a lower frequency range than those detectable by LIGO, the observatory where researchers discovered the first gravitational wave, which is sensitive to the hertz and kilohertz range.

This sensitivity should allow LISA to probe binary stars in the Milky Way, as well as supermassive binary black holes in other galaxies.

LISA: A Gravitational-Wave Observatory for the 21st Century Space Age