Since the early 20th century and the discovery of the Raman effect, researchers have understood how light stimulates vibrational motion at the molecular level, resulting in light emission. This phenomenon has been leveraged for a wide range of applications including the development of lasers, molecular characterization, and advanced microscopy. While fundamentally a nano-, or even atto-, behavior, the Raman effect is typically observed when shining light on bulk samples, and signals from ultra-thin molecular films were undetectable.

Professor Andrea Armani and her team at the USC Viterbi School of Engineering have broken this limit with a new phenomenon — making a laser with over 40 percent efficiency — nearly 10 times higher than other similar lasers. This work from Armani and her co-authors Xiaoqin Shen and Hyungwoo Choi from USC's Mork Family Department of Chemical Engineering and Material Science; Dongyu Chen from USC's Ming Hsieh Department of Electrical and Computer Engineering; and Wei Zhao, from the Department of Chemistry at the University of Arkansas at Little Rock, was published in Nature Photonics.

By using an integrated silica optical microcavity to amplify the optical pump power, a Raman lasing signal from a single monolayer of siloxane (Si-O-Si) molecules was detected. Notably, the efficiency of lasing was 10 times higher when the monolayer was present, indicating significant enhancement. A key enabling innovation was anchoring the molecules to the device surface using surface chemistry. This approach resulted in the molecules being oriented with the optical field and aligned with each other. 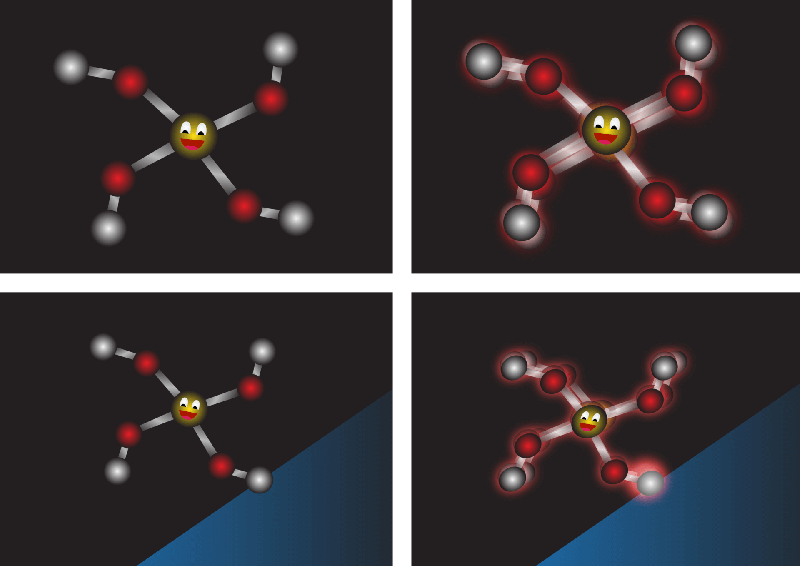 "Think of the molecule as looking like a tree," Andrea Armani, Irani Chair of Chemical Engineering and Materials Science at University of Southern California, said. "If you anchor the base of the molecule to the device, like a root to a surface, the molecule's motion is limited. Now, it can't vibrate in any direction. We discovered that by constraining the motion, you actually increase the efficiency of its movement, and as a result, its ability to act as a laser."

Additionally, just like conventional Raman lasing, by simply changing the excitation wavelength, the emission wavelength from the molecules will change. This flexibility is one reason why the Raman effect is so popular across numerous fields including defense, diagnostics, and communications.

Read the press release from USC Viterbi School of Engineering.