Survey committee recommends continuation of ground-based observing; adds efforts to fight racism, sexism
04 November 2021
By Karen Thomas
Technology
What are the key scientific challenges for astronomy and astrophysics in the next decade? The National Academies' latest decadal survey identifies the most compelling science goals and presents an ambitious program of ground- and space-based activities for future investment.

The National Aeronautics and Space Administration (NASA) should build and launch three space observatories capable of detecting light over a wide range; the US National Science Foundation should fund two ground-based telescopes in Chile and possibly Hawaii; and federal agencies should be mandated to fight systemic racism, sexism, and other issues that drive people out of astronomy.

Those are the big take-home messages of the long-awaited Astro2020 Survey Committee report, "Pathways to Discovery in Astronomy and Astrophysics for the 2020s," released by the US National Academies on Thursday, 4 November in Washington, DC.

The 615-page report identifies scientific priorities, opportunities, and funding recommendations for the next 10 years of astronomy and astrophysics. As its name implies, Astro2020 was expected to be released last year but was postponed due to the impact of the COVID-19 pandemic - most subsequent meetings had to be moved online just as the process was reaching its peak.

Astro2020 is the culmination of input from more than 150 scientists, hundreds of white papers, town hall meetings, and the advice of 13 sub-panels. Among these were six science panels, six program panels, and — for the first time — a panel focused on the state of the profession of astronomy and its societal impacts.

The report identifies three priority scientific areas for investments over the next decade:

"Pathways to habitable worlds" seeks to identify and characterize Earth-like planets outside our solar system, with the goal of imaging of habitable worlds; "New windows on the dynamic universe" calls for researchers to probe the nature of black holes and neutron stars to understand the earliest moments in the birth of the universe; "Drivers of galaxy growth" plans to improve our understanding of the origins and evolution of galaxies, from the gas that feed them, to the formation of stars.

"The release of the National Academy's report is the conclusion of much hard work by the committee and many feeding into it, but now the real work begins in turning the recommendations into missions of scientific discovery," says SPIE past president Jim Oschmann, a member of the Astro2020 steering committee. "I applaud everyone in the astronomy, astrophysics, and supporting engineering communities who worked on proposals, gave comments, and helped in the publishing of the report. I look forward to watching the community now turn these dreams into reality." 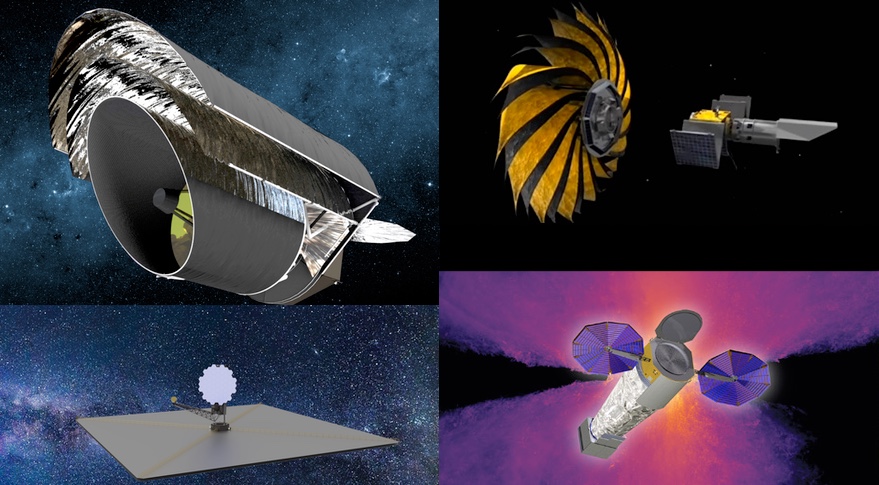 The committee sought to include a balance of small, medium, and large initiatives, as well as ground- and space-based telescopes across the electromagnetic spectrum. One major recommendation is that NASA create a new "Great Observatories Mission and Technology Maturation Program" to formulate several major overlapping space missions over the next decades, moving away from the usual method of planning and developing major projects. Providing early investment in the development of several mission concepts is seen as a way to lower the risks and costs of projects before they become too complex and expensive.

"The survey committee expects that this process will result in decreased cost and risk and enable more frequent launches of flagship missions, even if it does require significantly more upfront investment prior to a decadal recommendation regarding implementation," the committee concluded in the report.

Salaries in astronomical telescopes and instrumentation

Telling the story of life in the cosmos: the LUVOIR telescope concepts