Lee Feinberg: An Engineering History of the JWST Telescope

The James Webb Space Telescope Optical Telescope Element (OTE) is a deployed cryogenic telescope with a 6.5 meter diameter segmented primary mirror that aligns in space. This revolutionary telescope has been the work of over a 1000 engineers, technicians, and scientists over the past 15 years and includes numerous technical innovations and first-of-a-kind achievements.

In this plenary talk, Lee Feinberg of NASA's Goddard Space Flight Center (USA), looks back in time at the amazing history of the telescope's development including the technology, architecture, design, manufacturing, and integration and testing phases. He includes a description of the early years where three fast-paced, first-of-a-kind optical technologies were developed that helped enable the mission and explores how early architectural decisions played out during the recent test campaign. 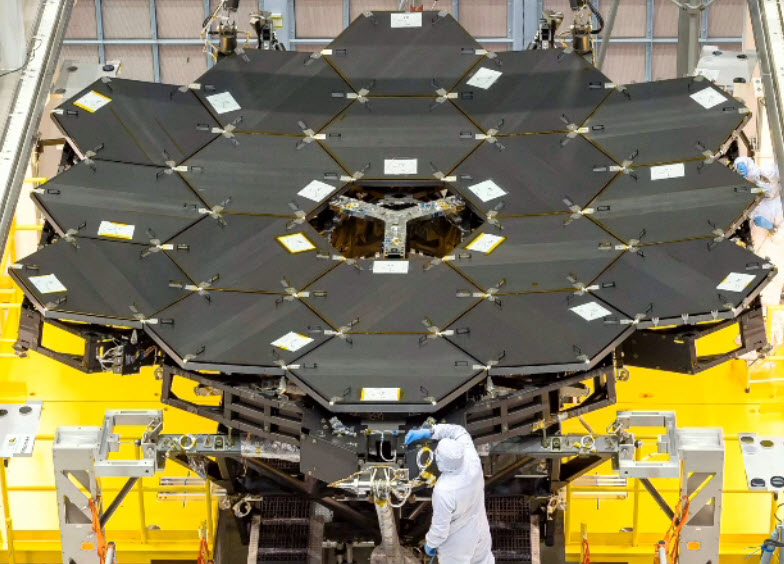 Feinberg walks through a visual history of the remarkable mirror development efforts, the innovative wavefront sensing and control demonstrations, and recounts the intense last two years of integration and testing where the telescope underwent deployment testing, integration with the science instruments, vibration and acoustic testing, and optical testing at cryogenic temperatures at the Johnson Space Center in Houston, Texas. 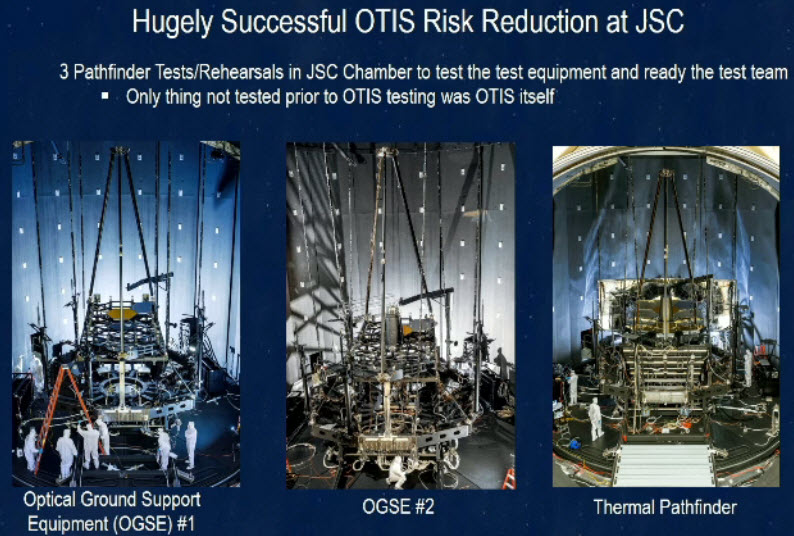 "We learned from the tests that the performance of the observatory from an optical point of view is excellent," says Feinberg.

Feinberg explains that during this testing an event happened, "literally just as we hit the cryostable temperature." On 21 August, many of the crew were outside watching the solar eclipse when they heard about a tropical storm that was brewing. On 25 August, Hurricane Harvey slammed into Houston.

About 120 people are on the international team, says Feinberg. "Everybody helped -- It was an amazing team effort to get through the week." 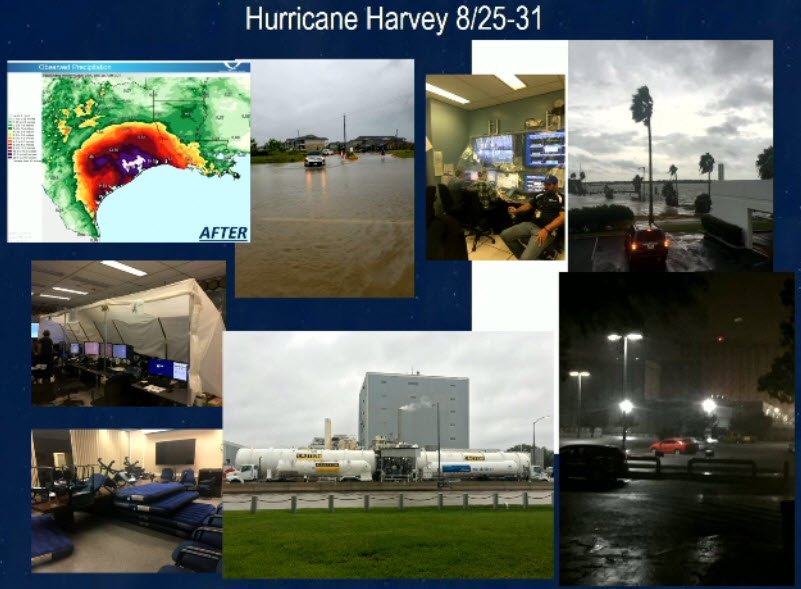 As an example, Feinberg tells that three or four team members had "big Texas pickup trucks" and those were used to shuttle people to and from the facility every 12 hours. The entire team worked 12-hour shifts for 6 days. "We had some leaks we had to deal with; we had people sleeping on the floor; but we got through the storm without any risk to the flight hardware," says Feinberg.  "I think everyone went beyond what they signed up for in engineering or astrophysics school." He adds that the team was able to "phase the primary" literally within hours of Hurricane Harvey making landfall. 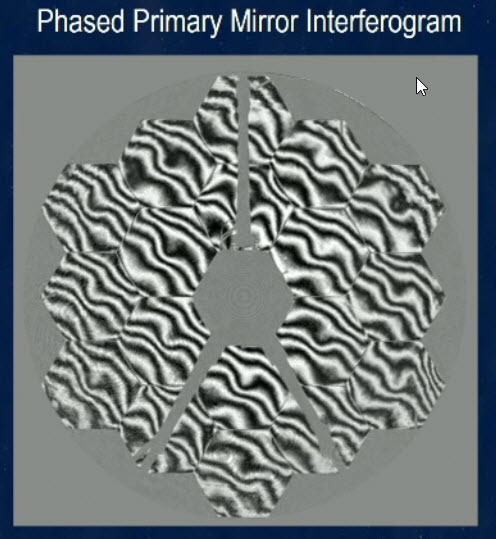 Feinberg likens the JWST engineering effort to Sir Edmund Hillary conquering Mt. Everest. Hillary is remembered as the first to do it, but he was just one part of a 200-person-strong expedition, including Sherpa Tenzing Norgay who reached the top with him. "JWST is the first of its kind, and there were lots of lessons learned," adds Feinberg, noting the importance of a "pathfinder" high-fidelity testing stage that went a long way to ensuring that full testing was even possible.

And just as people climb mountains to admire the view, JWST will provide scientists with unprecedented insights of the entire cosmos. "The ‘view' for these observatories is the science," says Feinberg.

Lee Feinberg has been the Optical Telescope Element (OTE) Manager for the James Webb Space Telescope at NASA's Goddard Space Flight Center in Greenbelt, Maryland for over 15 years. Prior to that, he was Assistant Chief for Technology in the Instrument Systems and Technology Division at Goddard and earlier in his career worked on the Hubble Space Telescope as part of the team that developed the optical correction and upgrade instruments for Hubble. Feinberg is a Fellow of SPIE and an associate editor of the SPIE Journal of Astronomical Telescopes, Instruments, and Systems (JATIS). 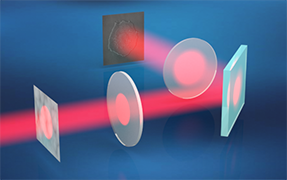