A Giant Leap for Humankind

People tend to remember where they were during various world-changing events, such as assassinations, declarations of war, and natural disasters. But not all such memories are of catastrophes. On 20 July this year, many of us will remember where we were 50 years ago when we saw the first human beings touch down on the Moon.

This writer had just turned six, and was sitting with the family around the TV in the living room eating breakfast on trays. My parents, who had grown up during the Depression and World War II, certainly understood the significance of human beings travelling into outer space and walking on the surface of the Moon. But having seen lots of science fiction films and television shows, I was less impressed by yet another guy in a space suit. Plus the picture was in grainy black and white; Captain Kirk and Mr. Spock were clear and in living color. But I knew this event must be really special, because we were eating in the living room which was normally not allowed under any circumstance. 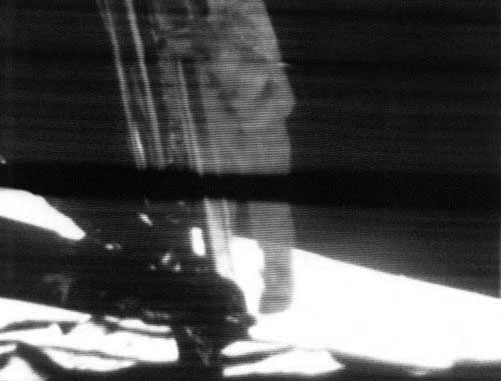 On 12 April 1961, Russian cosmonaut Yuri Gagarin become the first human in space as he completed one orbit around the Earth aboard the Vostok 1. Under pressure to catch up to the Soviet Union in the ongoing "space race," US President John F. Kennedy announced on 25 May: "I believe that this nation should commit itself to achieving the goal, before this decade is out, of landing a man on the Moon and returning him safely to Earth. No single space project in this period will be more impressive to mankind, or more important in the long-range exploration of space; and none will be so difficult or expensive to accomplish."

It was up to NASA to figure out how to get to the Moon. As Robert Gilruth, head of the Space Task Group, later wrote in Apollo Expeditions to the Moon: "Man himself was a great unknown. At the time of the President's decision we had only Alan Shepard's brief 15 minutes of flight on which to base our knowledge. Could man really function on a two-week mission that would involve precise maneuvers, including retrofire into lunar orbit, backing down and landing on the Moon, lunar take-off, midcourse corrections on the way home and, finally, a high-speed reentry into Earth's atmosphere, performed with a precision so far unknown in vehicle guidance?"

Getting the picture
NASA had been developing lunar photography for nearly a decade, but needed additional feats of engineering to pull off a live broadcast of the Moon landing. A slow-scan lunar camera, designed by Westinghouse engineer Stanley Lebar, captured Neil Armstrong's first steps on the Moon. 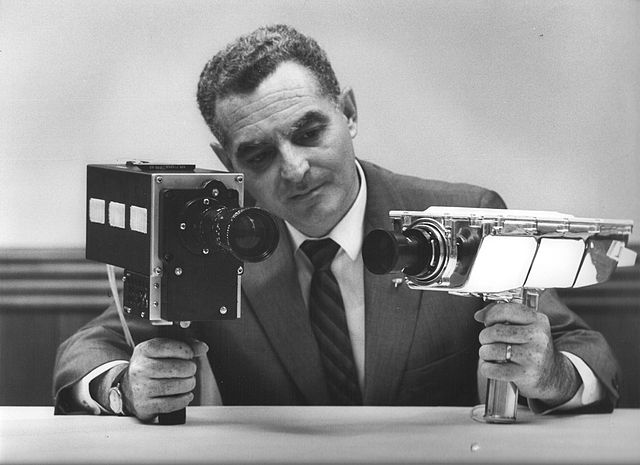 Stanley Lebar and the Apollo Cameras. The right camera transmitted color broadcasts from the Apollo 11 command module while the left camera broadcast the first live video of Apollo 11 astronauts walking on the Moon. Credit: NASA

The process of conveying images from the Moon to television sets on Earth resulted in a slightly degraded picture, but viewers were still in awe of the sight. 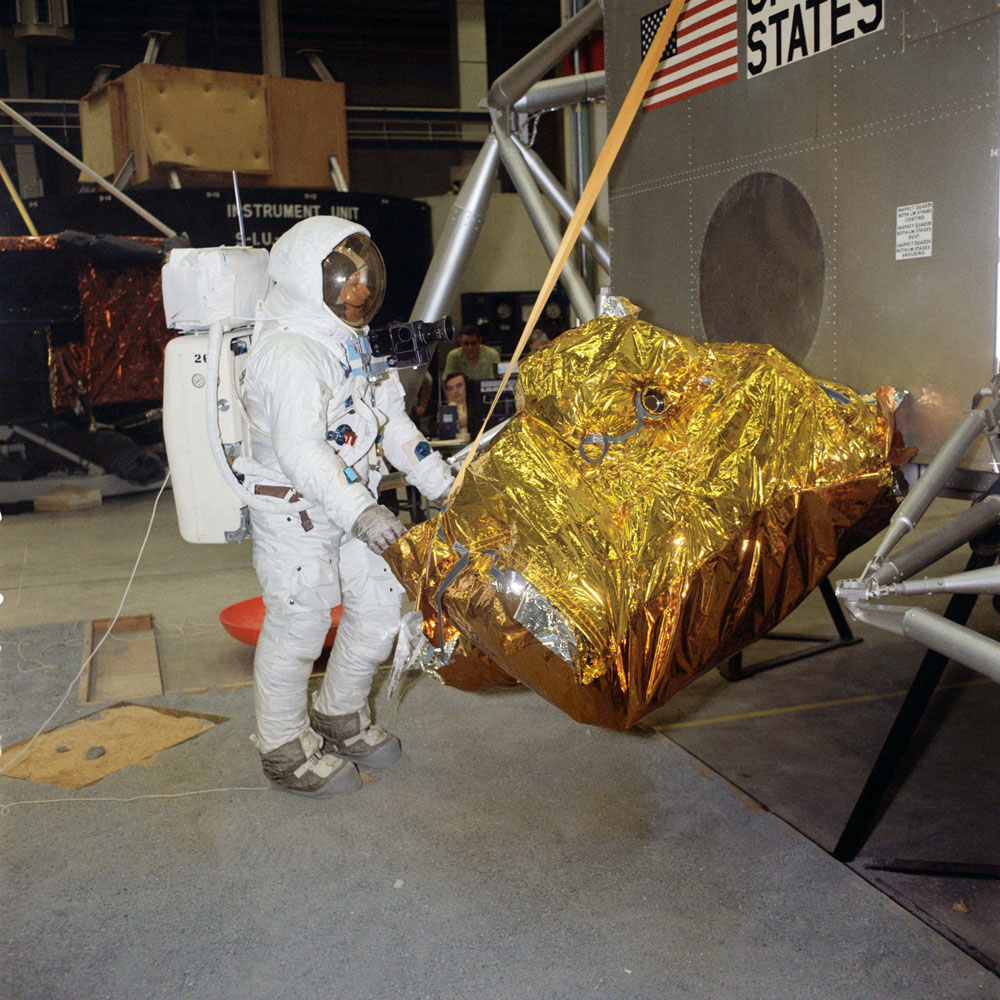 Armstrong training for the Moon. The MESA camera is shown here covered by a gold thermal blanket -- the lunar surface camera's lens can be seen poking through a hole. Credit: NASA

Celebrations across the US marking the event began in December 2018, and will continue through December 2019. Organizations joining in the celebrations include the Smithsonian, National Geographic, and of course, NASA.

When people think back to that day in 1969, they may remember gathering with friends at home, or standing outside a department store display window as all the TV sets were tuned into the moon landing. I'll remember watching history being made in the usually off-limits living room with a plate of eggs, bacon, and grits.

Early articles on space cameras from the SPIE Digital Library:

Photographic Requirements for Manned Space Missions (1965)
This paper reviews the accomplishment of modern day cameras in space on the MERCURY Program. It follows with the requirements of the GEMINI and APOLLO Programs.

Design Parameters of an Astronomical Camera for Lunar Charting (1966)
A new astronomical camera has been designed and fabricated in support of the Air Force lunar charting program at ACIC, and the features incorporated into this design make it one of the most accurate photographic tools ever used in the field of astronomy.

Photographing The Planets From Orbiting Satellites (1970)
This paper examines a number of parameters associated with the acquisition of photographic images from planet-orbiting space-craft. The purpose being to indicate what can be expected in the way of performance from such photographic systems and also to highlight where some of the problem areas lie.

Panoramic Photography Analysis Apollo 15 (1972)
This paper is a two-stage study of the photo-graphic aspects of the Apollo optical bar camera.

Mars from above and on the ground: Malin cameras take us exploring
Three of Curiosity's cameras from this small San Diego company are the latest of its devices to travel our solar system.

Laser communication from the Moon at 622Mb/s
The Lunar Laser Communication Demonstration on the LADEE spacecraft achieves world-record download speeds from the Moon, enabling more science return and less fuel cost for missions.

Lunar laser ranging: 40 years of high-level science
Since 1969, retroreflectors on the Moon have been measuring the distance from Earth with increasing precision.